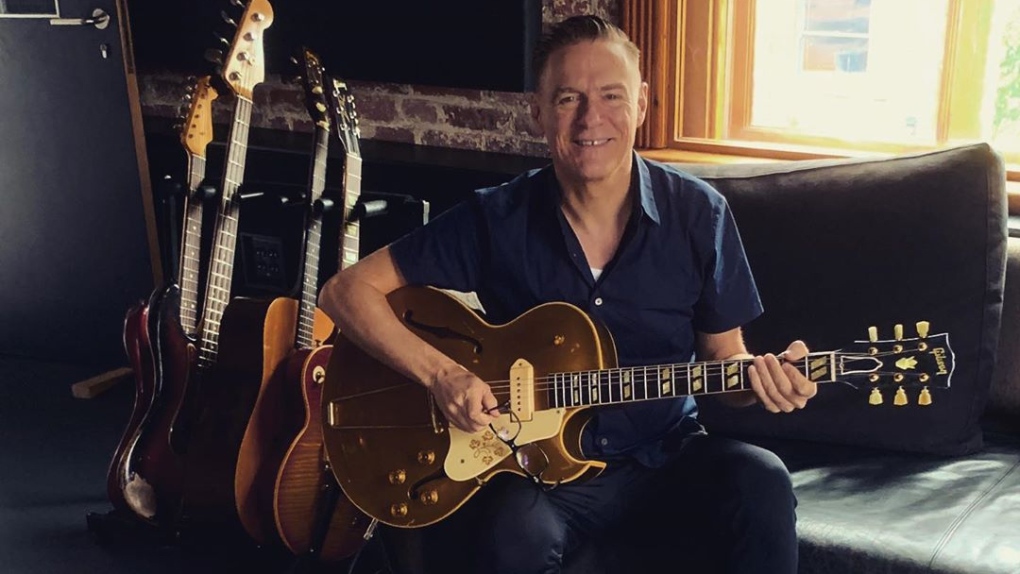 Canadians singer Bryan Adams poses with a guitar at the recording studio he owns in Vancouver's Gastown neighbourhood. (Instagram/Bryan Adams)

Just a few months after releasing his latest album, Canadian music legend Bryan Adams might have more new music on the way.

On Sunday, the singer posted a picture of himself posing with a 1953 Gibson ES295 guitar at The Warehouse, a recording studio in Vancouver's Gastown neighbourhood that Adams owns.

"Rocked the weekend at @thewarehouse studio in beautiful Vancouver," he wrote.

The award-winning musician also teased fans with the promise of "#newtoons."

Adams, who is turning 60 this year, is currently touring his 14th studio album, Shine a Light, which was released back in March.

He wrapped up the Canadian arm of the tour with a show in Fort McMurray, Alta. last month, and will be continuing with dozens of additional shows in the U.S. beginning in September before heading to South America and Europe.