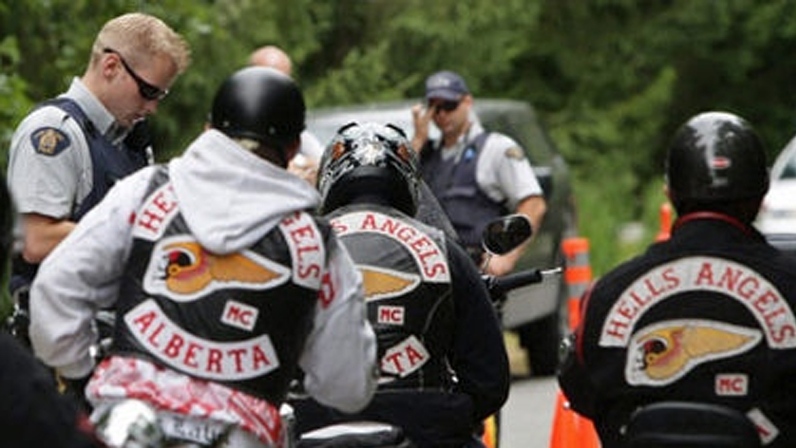 Hells Angels are seen stopped by police in this file photo. (CTV)

B.C.’s Ministry of Justice is trying to get two Hells Angels clubhouses turned over to the province through civil forfeiture proceedings.

The ministry has announced they are filing the application in B.C. Supreme Court for the clubhouses in Kelowna and Vancouver’s East End.

Unlike criminal proceedings, the motion will go to civil court. In order to win, the civil forfeiture office must prove the property owners engaged in or allowed unlawful activity.

The East End clubhouse is located at 3598 East Georgia Street in Vancouver and the Kelowna clubhouse is at 837 Ellis Street, according to The Province.

No response has been filed to the lawsuit and the motorcycle club has 21 days to do so.

Rick Ciarniello, a spokesman for the Hells Angels, told The Province he was not surprised by the legal action.

“It seems that in the last few years law enforcement has taken a new direction. They now concentrate their efforts using civil law rather than criminal law. By doing so, it is much easier for them to prosecute and to persecute,” he said.