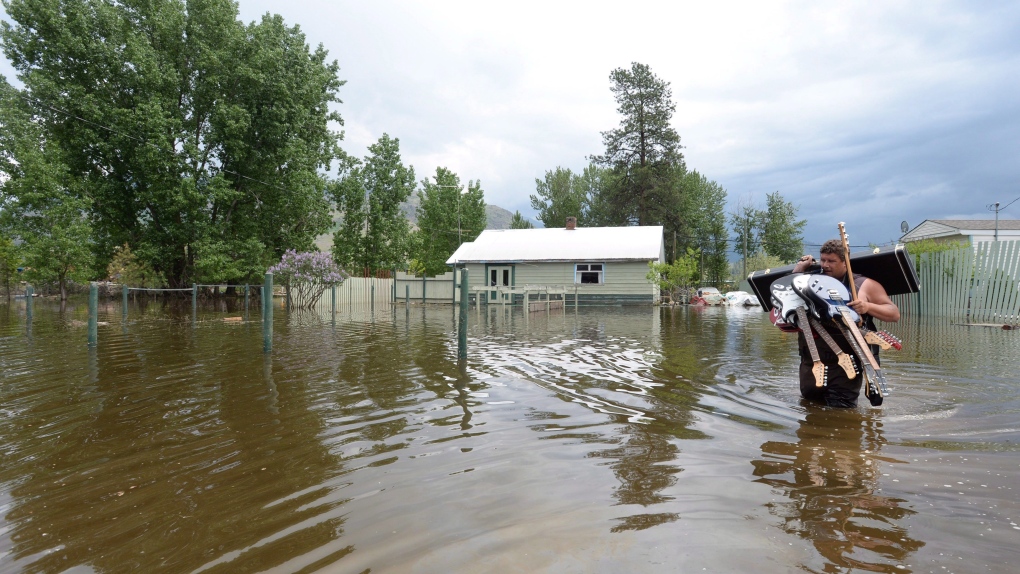 Resident Lars Androsoff carries his friend's guitars as he walks through the floodwaters in Grand Forks, B.C., on Thursday, May 17, 2018. (Jonathan Hayward / THE CANADIAN PRESS)

VANCOUVER -- Nearly 200 properties are now under evacuation order in southern British Columbia as officials keep a close eye on river levels around Grand Forks, where severe flooding inundated the city in 2018.

The River Forecast Centre is maintaining a flood warning for the Boundary region as the Kettle, West Kettle and Granby rivers have burst their banks in several places.

The Regional District of Kootenay Boundary says another 1,000 homes remain on evacuation alert.

A flood warning for the West Kootenay has been downgraded to a flood watch and similar watches remain posted for the East Kootenay and the Bonaparte River near Cache Creek.

To the north, rising levels on waterways near Williams Lake and Quesnel have prompted a flood watch, and in the Fraser Valley, evacuation alerts have been posted for land not protected by dikes as the Fraser River creeps up east of Vancouver.