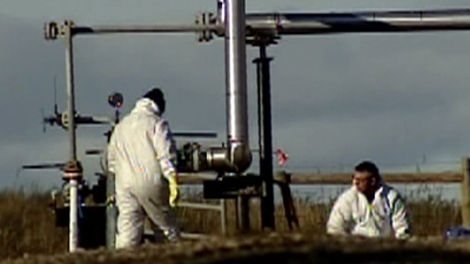 VANCOUVER -- The first half of a $100-million federal fund directed at cleaning up dormant oil and gas wells in British Columbia has been disbursed.

Energy Minister Bruce Ralston says work is underway to reclaim wells that have been inactive for at least five years and aren't likely to come back into service.

He says applications to receive a share of the second $50-million instalment will open on Nov. 1, allowing B.C.-based companies to hire local workers to clean up about 2,000 dormant wells.

The program provides up to $100,000 or 50 per cent of the cost of site cleanup, whichever is less, while Indigenous communities, local governments and landowners may also identify priority sites until the end of this month.

There are about 7,000 dormant wells in B.C. and 770 orphan wells, meaning the sites were operated by companies that are insolvent, cannot be located or no longer exist.

The $15-million orphan sites program administered by the B.C. Oil and Gas Commission was flooded with more than 1,100 applications when it launched earlier this year.

Another $5 million is going to the legacy sites reclamation program to address the impacts of historical oil and gas activities on communities and wildlife.

This report by The Canadian Press was first published Sept. 18, 2020.