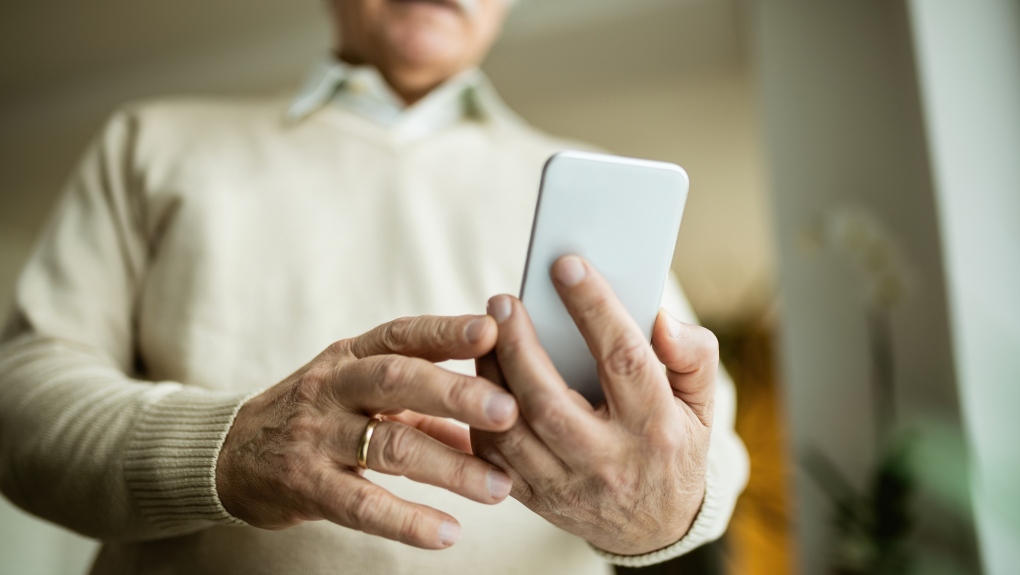 A person is seen using a cellphone in this undated, stock image. (Shutterstock)

A man was arrested in West Vancouver this week after an 80-year-old was nearly scammed out of thousands of dollars.

West Vancouver police say the senior and his wife were almost victims of the "grandparent scam," when a fraudster called the couple on Tuesday claiming his name was "Officer Baker" and he'd arrested their grandson.

During the call, the fraudster gave the phone over to another man who claimed to be the grandson. Together, they allegedly convinced the couple to withdraw $16,000.

"Seniors are often targeted by scammers who do their best to confuse the victim," said Const. Nicole Braithwaite in a news release. "These fraudsters are very convincing and prey on the vulnerability of elderly individuals."

Police said the victims were called again and informed someone would come to their home to collect the money. But when a man arrived at their house, he didn't have any police identification, so the couple became suspicious and didn't hand the money over.

Investigators said the man told the couple "Officer Baker" would come to the house with ID.

The couple, who were still with the suspect, waved down West Vancouver police officers who happened to be in the area on an unrelated call. A 26-year-old Richmond man was arrested and the West Vancouver Police Department is requesting a charge of fraud over $5,000.

"These types of frauds are extremely upsetting, and some people are too embarrassed to report it, but please report it. These reports might lead to other arrests," Braithwaite said.

"If you have elderly parents, please talk to them about scams like this one."

Anyone who receives a call like this one is told to hang up the phone and call a trusted family member right away. Police said they'll never call asking for bail money.