$1.5M worth of fentanyl seized after downtown drug lab dismantled by VPD 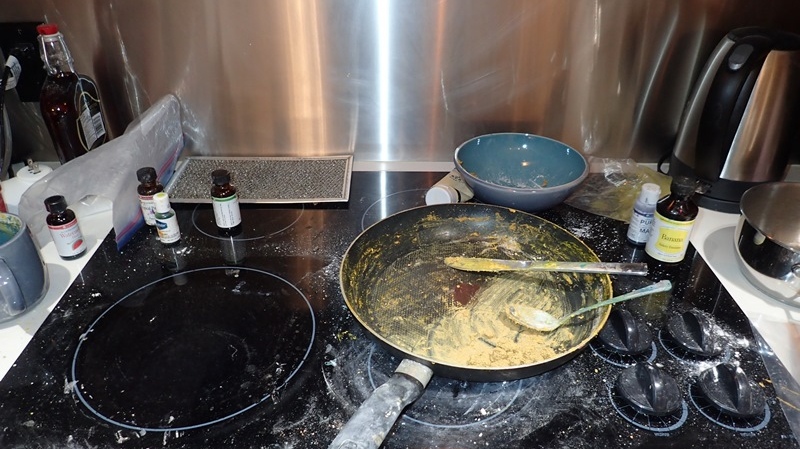 Vancouver police have released pictures of a fentanyl seizure that took place in February 2020. Police say the drug lab was used as a "mixing location."

VANCOUVER -- Vancouver police say drug charges have been approved against two people after a lab was discovered in a building downtown.

Officers executed a search warrant at a building near Seymour and Davie streets in February.

Police say it was being used as a "mixing location" to combine fentanyl with other drugs like cocaine, methamphetamine and heroin before distributing it.

More than 10 kilograms of fentanyl worth more than $1.5 million was seized, according to VPD. The fentanyl had been dyed purple, green and blue to differentiate between the mixtures, police say.

A photo released by police shows a dirty frying pan on a glass-top stove with a beige substance inside. Other pictures show plastic bags full of green, purple and blue blocks.

"This investigation is complete, and it has resulted in multiple charges and the seizure of a substantial amount of illicit drugs," Vancouver police spokesperson Sgt. Aaron Roed said in a statement Thursday. "This will have a major impact on crime groups and the flow of poisoned drugs into the city."

Charges were approved against two Vancouver residents on Monday. Cody Timothy Casey, 33, and Janell Sandhu, 30, were each charged with production of a controlled substance and four counts of possession for the purpose of trafficking.