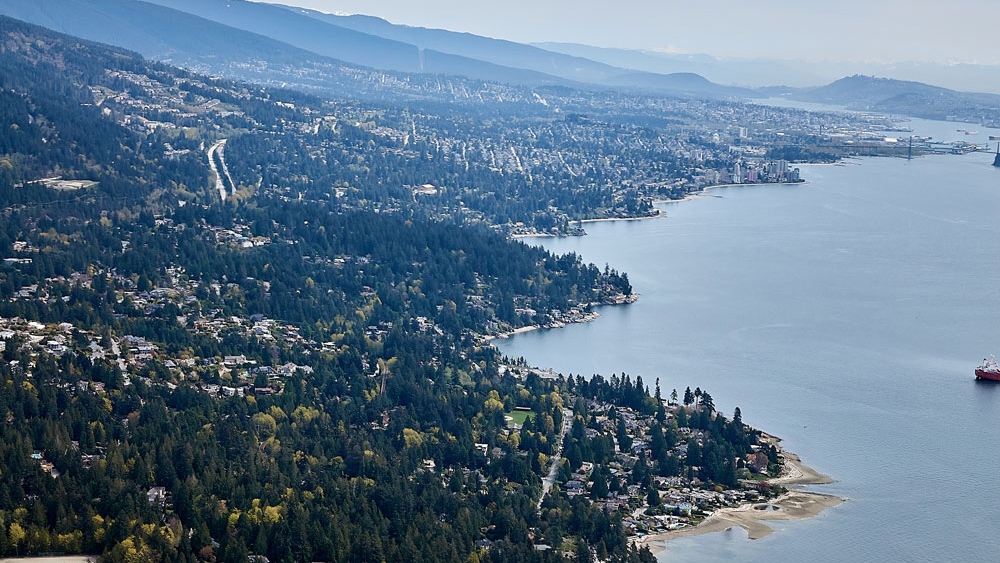 VANCOUVER -- A 26-year-old West Vancouver man made it home safely Saturday after his disappearance prompted a significant search and rescue effort Friday night.

The search and rescue group was called to look for the missing man, focusing on a ping police had detected from his cellphone, Haigh said.

Roughly a dozen searchers focused on a 100-metre radius of forest in West Vancouver that didn't intersect with any major hiking routes, according to Haigh.

"Eventually, we did find the phone, but it had been dropped," he said. "We found his phone and that was all. We couldn't find him."

Volunteers called off the search around 3 a.m., but returned to the area Saturday morning to continue searching in daylight with the help of crews from Lions Bay and Coquitlam search and rescue groups.

Haigh said crews soon heard from a group of hikers that they had spotted someone who matched the missing man's description. They described him as having a bloody nose and travelling in the direction of the missing man's home.

About 45 minutes later, searchers got word that the missing man had returned home.

"We do not have a full story as to where he came off the rails or what happened," Haigh said, describing the incident as "a bit of a weird one."

He said the missing man was taken to hospital for treatment Saturday, and that West Vancouver police would be following up with the man about what happened to him overnight.

"I don't think he was in our immediate area, and that was the area where his phone was dropped, so it raises quite a few questions for us," Haigh said. "We would like to know (what happened), because obviously if we can do a better job tracking down somebody in the night, it saves them being out overnight."

Hiking with my dog, Link, early Friday afternoon, I hit my head on something after a tumble then blacked. Woke up when it was dark; I had lost my phone, glasses, and AGDQ beanie. Link was sitting beside me, offleash. We tried finding the trail back home but I became too tired

after taking more tumbles and hits. I must've had a concussion. I found a mound of dirt and slept there. Had vivid dreams of being in my room; turning the thermostat up and wrapping a thick blanket around myself. It actually felt like I was warm and home in the dreams.

I woke up to the sound of a helicopter; there was a search party looking all night and day. I got up sorer than my most intense workout and limped back down the trail. Link had left some point after I slept. Ironically, the people I passed asked if I had seen a lost dog.

Thinking they were talking about Link, I'd ask if it was a Husky breed. Nope, a different dog. The whole time my face was bloodied and scratched. Walked all the way home (~45 minutes) with a broken body and frostburned toe. The sleep that night was glorious.

Now I'm sitting here panicking about an essay worth 25% of my grade due tomorrow which I planned on starting FRIDAY after the hike. What a fucking weekend. Thank you @WestVanPolice and North Shore Rescue for aiding in the search <3 I'm sorry for any distress caused.