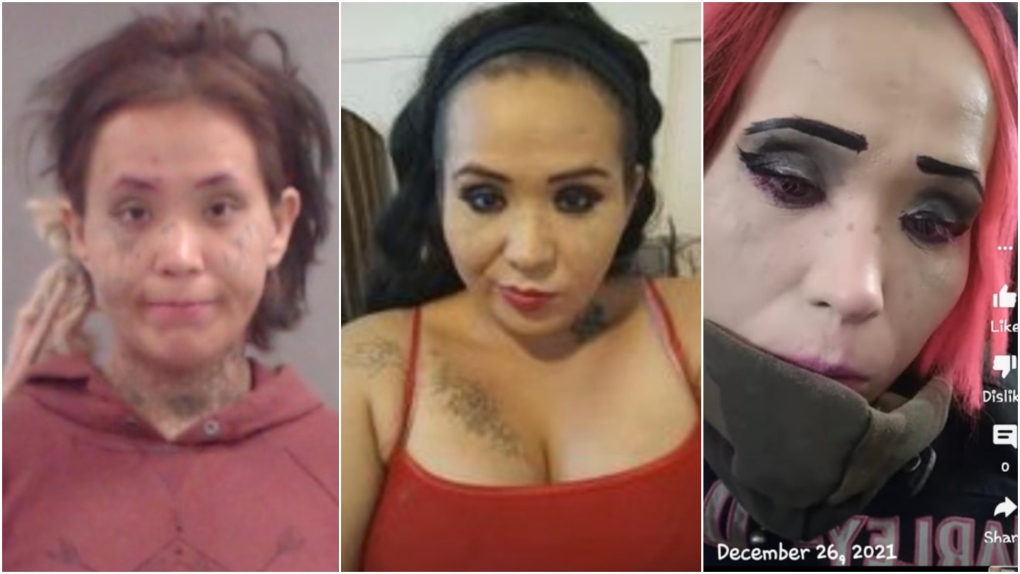 Carmelita Abraham is shown in photos provided by the RCMP and the Tŝilhqot’in Ts’iqi Dechen Jedilhtan.

The death of an Indigenous woman in British Columbia prompted calls for "immediate action" outlined in the report that summarized the National Inquiry into Missing and Indigenous Women and Girls.

The body of Carmelita Abraham was found in Quesnel, B.C., earlier this month, according to a news release issued by a First Nations council.

The Tŝilhqot’in Ts’iqi Dechen Jedilhtan (Women's Council) said Monday that the 33-year-old was found dead at the Willow Inn on Jan. 14. Abraham was a member of the Takla First Nation, and had been missing since late December.

Her body was found the same day that a 51-year-old man was charged in what was initially described as a "suspected" homicide.

The accused, Joseph Simpson, and Abraham knew each other, according to the RCMP. Simpson has been charged with murder and indignity to human remains.

The Tŝilhqot’in Ts’iqi Dechen Jedilhtan says Abraham's case "reveals that not enough has been done" to implement 231 calls for justice outlined in the final report from the inquiry.

These calls are described in the report as "steps to end and redress" the systems that have "worked to maintain colonial violence for generations."

Directed at all levels of government, the list of actions includes the implementation of a national action plan with devoted funding, measures to prevent and investigate violence against Indigenous women and girls, and protocols that ensure all MMIWG cases are thoroughly investigated.

It also calls for the review and reform laws about sexual violence and intimate partner violence, and to consider violence against Indigenous individuals as an aggravating factor at sentencing.

There are dozens more recommendations, all of which can be read online.

The women's council did not specify which of 231 calls it applied to this case, but said government inaction "continues to deny justice" and cost lives.

In the statement about Abraham's death, a member of the council said there's a need for Indigenous and non-Indigenous people to fight for that action.

"Carmelita had goals and dreams that are left unrealized. She was a powerful woman, a woman of strength," Joyce Cooper wrote.

"There are many like Carmelita in Williams Lake. We need to stop talking about what needs to happen and make it happen… We need change now."

The stakes are high as Canadian farmers take to the fields to plant 2022's crop, which some are saying could find a place in the record books as 'the most expensive ever.'

A whirlwind visit by Prince Charles and Camilla, Duchess of Cornwall, has ended but the calls for meaningful reconciliation with Indigenous Peoples have not.