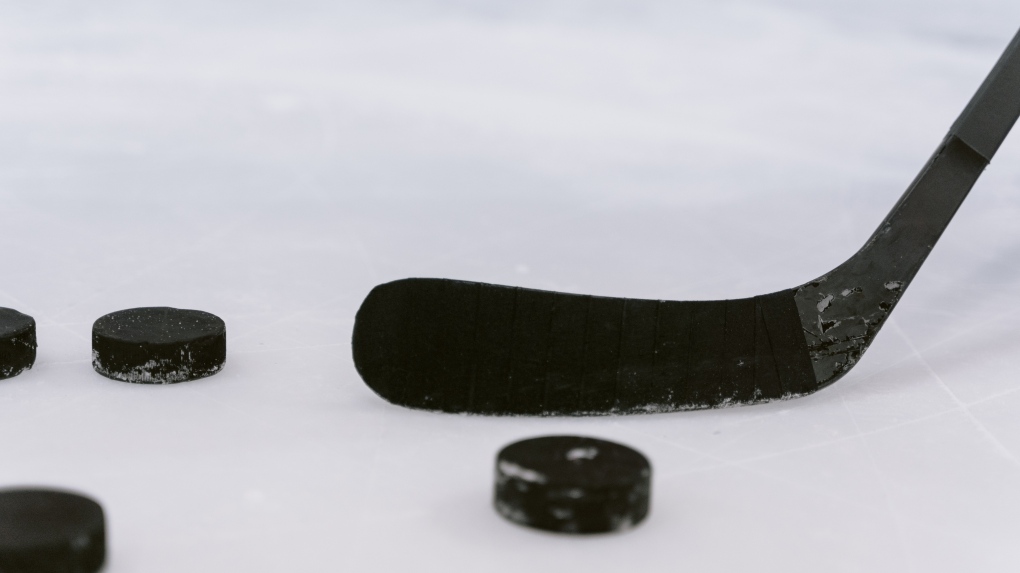 A hockey stick and pucks are seen in this file image. (Pexels)

VANCOUVER -- Misogyny, disrespect of women and bullying are problems in Canadian hockey said more than half of the people closest to the game in a recent survey.

“Two-thirds say that bullying is an issue. in terms of the way young people are treated by their coaches and others or how young players are treating other young players around the rink," said Angus Reid president Shachi Kurl on CTV Morning Live Wednesday.

Kurl said that 64 per cent of those polled who coached or played youth hockey say the game culture has a problem with players bullying kids outside the rink.

“This is really important," Kurl said. "It’s not just what everyone thinks. It’s people close to the game.”

Kurl said if that culture is continuing from youth hockey up to the NHL that it’s not surprising that instances of abuse towards women or others in the rink are reported at the NHL level and all the way down.

Fifty-six per cent of those closest to the game said in the survey they perceive the treatment of woman and girls by young hockey players as misogynistic or disrespectful.

That number rises to 63 per cent among those who did not play but identify as having spent time cheering on someone playing the game.

Half of Canadians surveyed who claim some proximity to the game say racism is also a problem. Not surprisingly, the number was found to be higher for those who identify as a visible minority.

The survey also found the great majority of Canadians as a whole have a positive view of hockey.

Nine in 10 of all Canadians surveyed said hockey provides a sense of identity and community in Canada, while 87 per cent said it teaches good qualities such as hard work and dedication, according the Angus Reid survey's results.

“Vast majorities of people in this country still see youth hockey, recreational hockey as a massive force for good in Canada. It’s part of a Canadian identity and they see it as part of our cultural fabric," Kurl said.

The claims of sexual misconduct have not been proven in court.