Millions on the line for Canucks owner in divorce trial 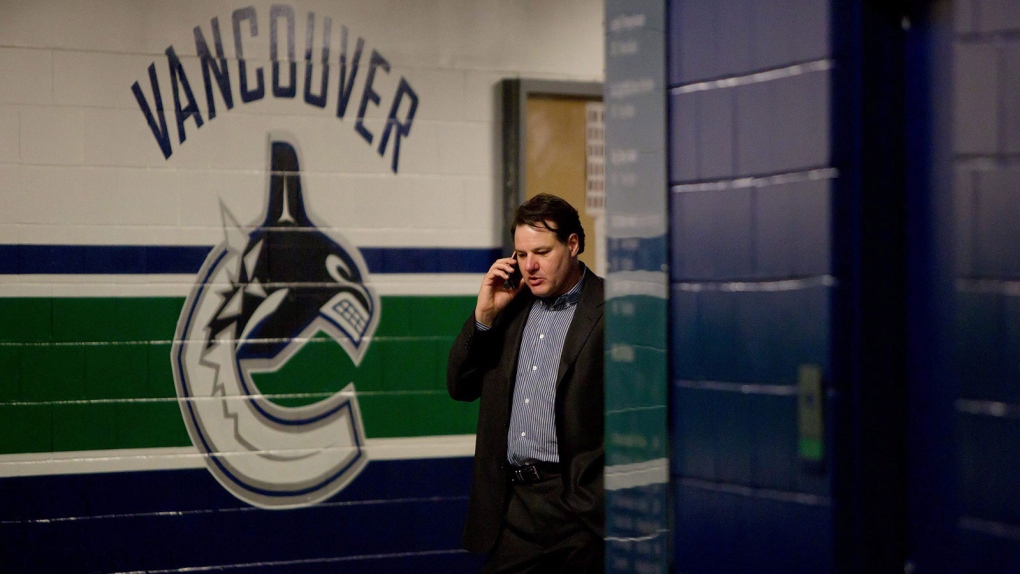 The personal and business affairs of one of Canada's NHL owners is about to be thrown into the public arena in a high-profile divorce trial that will offer a glimpse into Francesco Aquilini's private life, his failed marriage and his financial stake in the Vancouver Canucks.

But many of the most provocative aspects of the case -- including allegations of adultery and the inner-workings of the Canucks and the Aquilini family business -- will likely remain hidden from public view, despite a trial that could stretch on for as long as six weeks as a judge decides the fate of millions of dollars in assets.

A judge has already ruled allegations that Francesco Aquilini cheated on his estranged wife, Taliah Aquilini, cannot be presented at trial, while many financial records related to the hockey team and the Aquilini Investment Group will likely remain sealed.

The couple's divorce trial is scheduled to begin in Vancouver on Monday in B.C. Supreme Court.

Francesco and Taliah Aquilini were married in 1994, but they have been separated since January 2011. They have four children together, while Francesco has a fifth child from a previous marriage.

The four children from the Aquilinis' marriage currently live with Taliah in the couple's matrimonial home. While there is no formal order for child or spousal support, Francesco deposits money into a joint bank account each month to cover living costs for his estranged wife and their children, according to a previous court decision.

Taliah and Francesco each filed for divorce, and because they have been separated for more than a year, the formal dissolution of their marriage will be little more than a formality at this stage.

However, they remain deeply divided on the custody of their children and the division of assets, both in terms of which assets should be considered and how they should be divided.

Those assets include vacation properties, an expensive wine collection, and -- perhaps of most interest to the public -- Francesco's ownership shares in the Aquilini Investment Group.

Earlier this year, a judge rejected Taliah's request to force the sale of a wine collection estimated to be worth nearly $800,000 to cover her legal expenses. She also asked for an order giving her access to vacation properties, hockey tickets and other perks associated with the Canucks while the case works its way through the courts, but that, too, was rejected.

Francesco's lawyers are expected to argue much of the disputed assets are covered by a pre-existing marriage agreement, but earlier court decisions in the case have foreshadowed the validity of such an agreement will be disputed at trial.

Earlier this year, a judge concluded that because the couple's year-long separation was enough to grant the divorce, there was no need to hear the sordid details of any alleged infidelity.

"While adultery may no longer carry a public stigma, it can still be a highly emotional issue for the parties," wrote Judge Nathan Smith in a decision issued in February.

"The parties have been separated for more than one year. Assuming one or both confirms that fact with sworn evidence at trial, marriage breakdown will be established and the court will be in a position to grant the divorce. Any evidence of adultery will be unnecessary."

For the most part, divorces in Canada are settled on a no-fault basis. That means allegations of adultery and cruelty, while they can be used to obtain a divorce before the one-year separation period is up, cannot be considered when it comes to child custody or the division of assets.

Francesco is one of five partners -- along with his parents and two brothers -- in the Aquilini Investment Group, a holding company that controls a network of corporations and business interests.

The investment group purchased half of the Canucks franchise from Seattle businessman John McCaw in 2004 for about $250 million. The company bought the other half two years later.

Aside from the Canucks, the company's holdings include Aquilini Development and Construction, which is behind several condo developments in Vancouver and elsewhere.

The investment group also owns Golden Eagle Group, which controls a sprawling section of agricultural land in Pitt Meadows, east of Vancouver, that is home to a golf course, tree nursery, blueberry farm and cranberry farm

Little concrete information is known about the value of the company, which as a private corporation isn't required to disclose its financial records.

It's unclear how much of that information will come out at trial.

Last year, a judge ruled sensitive financial records related to the company's commercial interests should be sealed during the pre-trial discovery phase.

On Monday, Aquilini's lawyers are expected to ask a judge to issue a similar order for the trial, allowing lawyers from either side to flag documents as confidential and, therefore, off-limits to the media and the public.

The application will also request that documents related to the couple's children be kept confidential.

The case is expected to draw a level of attention that is rare in divorce cases, even among public figures, which are typically settled out of court and their details shielded from outside scrutiny.

Still, there have been a handful of family law cases that have received media attention.

The most recent Canadian example involved Nickelback frontman Chad Kroeger, who saw details of his separation with his common-law partner splashed in newspapers two years ago. At one point, Kroeger was ordered to pay his ex-spouse $25,000 a month.

In the U.S., former Los Angeles Dodgers owner Frank McCourt is still embroiled in a divorce case, despite having reached a $131 million settlement with his ex-wife. The settlement was reached while McCourt still owned the baseball team, which was subsequently sold for $2 billion, and ex-wife Jamie McCourt claims she was misled about the team's value.

Blue Edwards, who once played basketball for the Vancouver Grizzlies NBA team, was involved in a lengthy child custody case a decade ago that went to the Supreme Court of Canada.

Edwards' trial heard that he had a series of extramarital affairs, including one with a woman he met at a downtown Vancouver sports bar with whom he fathered a child.

Edwards initially won custody of the child, but that decision was later overturned by the country's highest court. He was subsequently ordered to pay more than $300,000 in child support by a B.C. court.