Military team called in after live grenade turned in to B.C. police station

Military team called in after live grenade turned in to B.C. police station 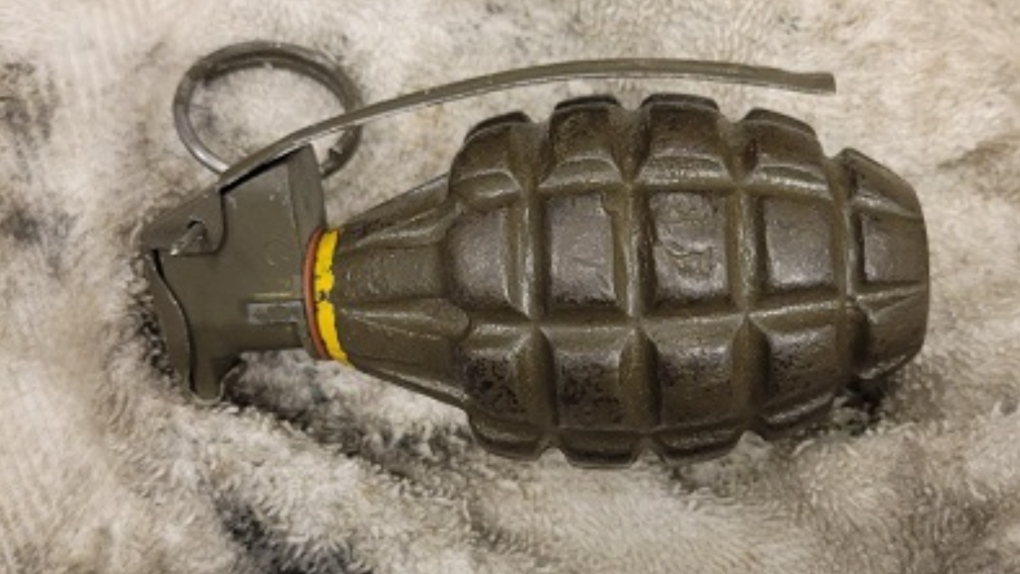 Mounties in Grand Forks, B.C. shared this image of a live grenade that was turned in to the station on Dec. 1, 2022.

A live grenade was recently dropped off at a police station in the Kootenays, prompting a reminder from Mounties about how to handle found weapons.

On Dec.1, someone showed up at the Grand Forks detachment to turn over guns and ammunition, according to a statement from authorities.

"Unfortunately, also present was a realistic-looking grenade. This grenade was immediately seized and safely secured and stored," the statement continues.

Police then consulted with the explosives unit, who identified the grenade as military. Officers sent photos of the grenade to the Canadian Armed Forces, who decided to send a team from the Explosive Ordnance Disposal Unit to examine the device.

"Members attended, confirmed that the grenade was in fact real and not inert. The grenade was subsequently seized and disposed of," the release from RCMP says.

A spokesperson for the detachment says this "potentially scary incident" is why anyone who finds, inherits or otherwise encounters a weapon like this should call police.

"These items should never be transported and brought to a detachment, rather call the police to report this and an officer will attend and seize these items," Sgt. Darryl Peppler wrote.

"We are trained to treat all firearms and other weapons as live, and this is a good example as to why we do that."