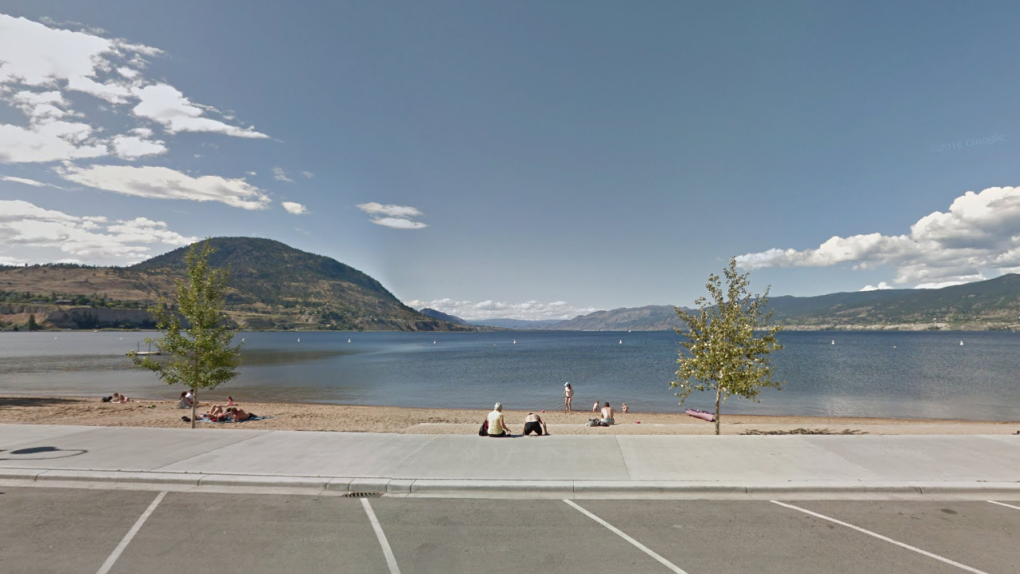 Okanagan Lake Beach in Penticton, B.C., is pictured in a photo from Google Street View.

VANCOUVER -- Police and the coroners service are investigating the death of a swimmer following an incident in Okanagan Lake.

Officers with the Penticton RCMP detachment said first responders were called to an area of the lake off Lakeshore Drive West at about 1 p.m. Monday.

Witnesses told investigators they'd seen a man swimming by himself near the shore. At one point, he disappeared from view.

A bystander said the man appeared to be in distress at one point. They walked into the water to get to him and managed to bring him back on shore. The person then started CPR.

Lifesaving efforts were taken on by emergency crews when they arrived, and the man was brought to hospital.

However, the 53-year-old did not survive, dying in hospital.

The man has not been publicly identified for privacy reasons, and Mounties say they and the BC Coroners Service will also not confirm his identity in the event of speculation, or if a member of the public identifies the man.

The case is under investigation, and any witnesses or people with more information are asked to call Mounties or Crime Stoppers.