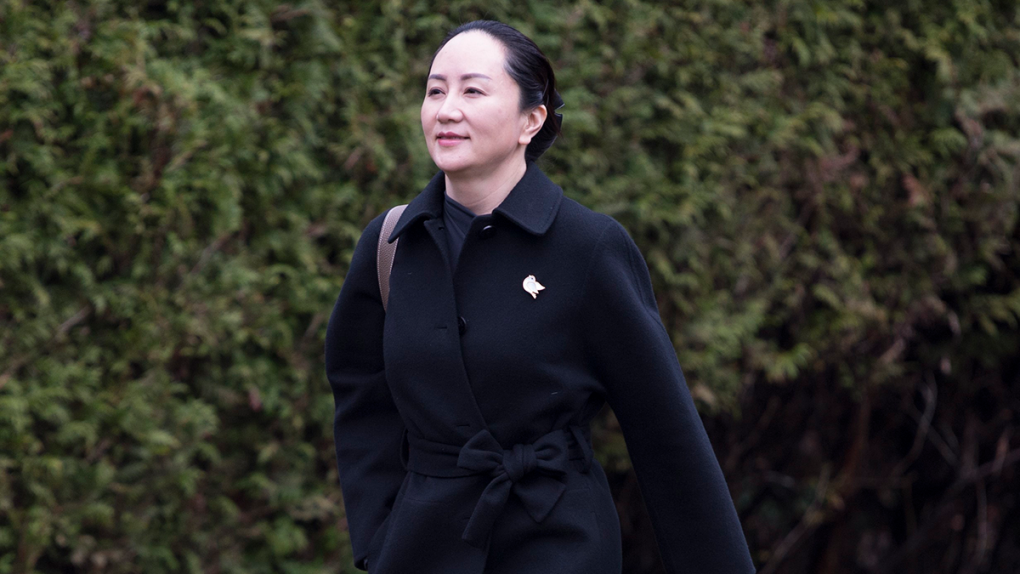 VANCOUVER -- Lawyers representing the Canadian attorney general say the fraud case against Meng Wanzhou is not "complex" and a British Columbia Supreme Court judge should commit her for extradition.

The Crown began arguments today at a hearing for the Huawei chief financial officer that is focusing on the legal test of double criminality, or whether the allegations against her are also a crime in Canada.

The United States has charged her with fraud over allegations she lied to an HSBC executive about Huawei's relationship with Iran-based subsidiary Skycom, putting the bank at risk of violating American sanctions.

The defence wrapped its arguments on double criminality on Tuesday, saying the allegations don't amount to fraud in Canada because the country has no such sanctions and the bank wouldn't have faced any financial risk.

However, Crown counsel Robert Frater says the judge does not necessarily need to consider American sanctions law to understand why Meng's alleged misrepresentations put HSBC at risk of economic harm.

He says HSBC contacted Huawei in 2013 over news reports that Skycom was doing business in Iran, and Meng offered false assurances that Huawei no longer held a shareholding interest in the company.

HSBC faced significant reputational risk for processing Iran-related transactions because it was already operating under a deferred prosecution agreement for doing business in Libya, Sudan and Burma, he says.

"Ours is not a complex theory of this case. Lying to a bank in order to get banking services, (creating) a risk of economic prejudice, is fraud," Frater says.

The defence has noted that Canada withdrew sanctions against Iran in 2016, prior to Meng's arrest in 2018, and that the federal government has since encouraged business with the country.

But Frater says what the Canadian government wants is of no interest to a bank.

"The bank has to ask: Is doing this business going to cause us to lose other business?" he says. "The bank is entitled to honesty in being able to assess whether it is going to be at risk."

At the same time, Frater argues that the case law does allow the judge to apply American sanctions law in a limited way as part of the relevant context, in order to understand the risk faced by HSBC.

"In law, facts are only comprehensible if they're considered in relation to the legal context they arise," he says.

Meng denies the allegations and is free on bail, living at one of her two homes in Vancouver. She has been listening in court with the help of a translator.

Following her arrest at Vancouver's airport in December 2018, China detained two Canadian citizens and restricted some imports, which are widely seen as retaliation.

The hearing on double criminality is expected to last through the end of the day on Thursday.

If the judge finds the legal test has been met, the hearing will proceed to a second phase in June that will consider defence allegations that Meng's rights were violated during her arrest at the airport.

But if the judge finds double criminality has not been proven, Meng will be free to leave Canada, although she'll still have to stay away from the United States to avoid the charges.

This report by The Canadian Press was first published Jan. 22, 2020.