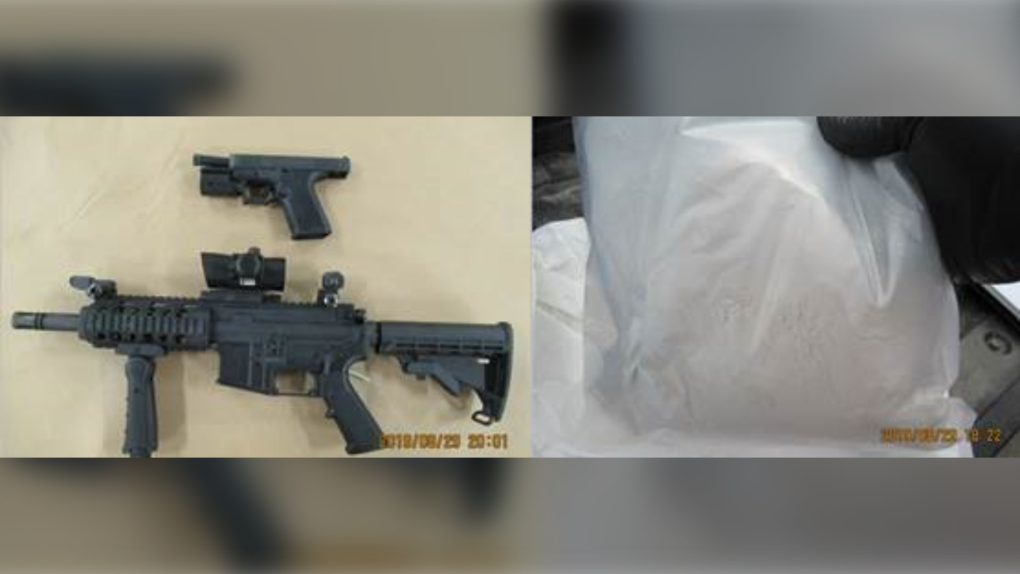 Among the items police seized during their search were two firearms and several kilograms of cocaine, heroin and phenacetin. (CFSEU-BC)

VANCOUVER -- B.C.'s anti-gang police task force says two men have been charged in connection to a drug-trafficking investigation that began two years ago.

Burnaby resident Matthew Borden, 32, and Surrey resident John Canning, 59, have each been charged with possession for the purpose of trafficking a controlled substance, according to a news release from the Combined Forces Special Enforcement Unit of BC.

The charges stem from a CFSEU-BC investigation into "the operation of an organized crime group led by a male known for his criminal activity and associations to gangs," police said in their release.

The investigation began in April 2019 and led to the execution of search warrants at two residential properties in August of that year.

During the searches, officers found and seized what they described as a loaded semi-automatic polymer handgun, an automatic AR15 rifle, roughly 200 rounds of ammunition, 2.25 kilograms of cocaine, 700 grams of heroin, 5.5 kilograms of phenacetin, jewelry, three vehicles, and more than $110,000 in cash, according to the CFSEU-BC.

The Public Prosecution Service of Canada approved charges against the two men on March 22, and Borden was arrested on March 29, police said.

Canning was issued a summons. Neither man is in custody as they await court appearances, police said.

The cash, jewelry and vehicles, as well as a home on Victory Street near Royal Oak Avenue in Burnaby, have all been referred to the British Columbia Civil forfeiture Office, according to police.