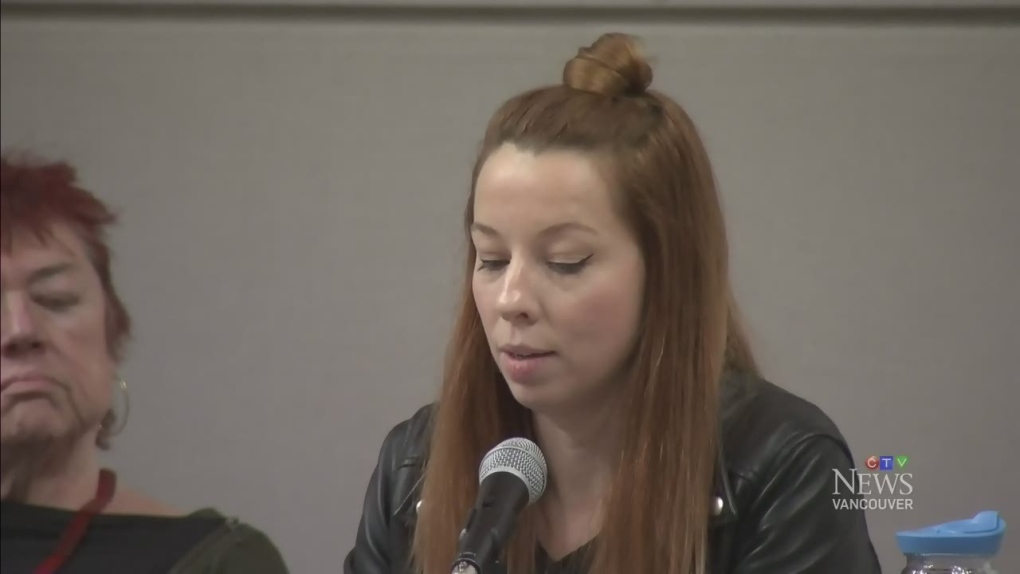 VANCOUVER -- A controversial feminist speaker who argues against the rights of transgender women says she'll pursue legal action if the Vancouver Public Library rejects the booking for her next event.

The last time Meghan Murphy spoke at the library, in January 2019, dozens of people turned up to protest her more contentious views – including the belief that trans women should be excluded from various services, programs and spaces shared by cisgender women.

The library cited a commitment to free speech and intellectual freedom for the decision to provide space for that event, but the ensuing complaints and controversy prompted the VPL to update its policy on renting out rooms and facilities. That update has resulted in a delay in booking Murphy's next event, which is being planned for March 21.

A spokesperson for the library told CTV News that staff are "conducting a rental pre-screening and risk assessment," but could not say how long that might take.

In particular, the policy bars the "publication, issuing or display of any material that indicates discrimination or an intention to discriminate against a person or group, or is likely to expose a person or group to hatred or contempt, because of their race, colour, ancestry, place of origin, religion, marital status, family status, physical or mental disability, sex, sexual orientation, gender identity or expression, or age."

Murphy told CTV News nothing in the library's policy would justify rejecting her upcoming event, which is being advertised under the name "For females only: Sports, spaces, and safety."

"Certainly nothing that's ever happened at any of our other events has constituted anything close to hate speech, not by any stretch of the imagination, or a breach of the Human Rights Code," she said in a phone interview Tuesday.

Murphy argued the library has an obligation to foster free expression, and said if it fails to allow her event, organizers "will get our lawyers involved."

Some of the topics she's planning to cover include concerns around trans women competing in sporting events against cisgender women and being held alongside cisgender women in prisons.

But even if the Vancouver Public Library sides with Murphy, it could face trouble.

If the event goes ahead as planned, trans activist and organizer Morgane Oger said she will pursue her own legal action in the form of a Charter case against the city, which she argued has a duty to prevent the spread of discriminatory views at its venues and meeting places.

"Yes, I have a right as a human being to say whatever I want and to think whatever I want, but I don't necessarily have the right to be hosted or enabled by the government to do that," Oger said.

Trans women are part of a vulnerable population, Oger added, and the idea of forcing them to use separate bathrooms and services is comparable to racial segregation.

She argued the VPL wouldn't have any problem rejecting an event where speakers advocated for pushing a different minority group out of shared women's spaces.

"They would never allow it, but they allow this," Oger said. "I think that's appalling."

Murphy told CTV News she believes trans women, who she describes as "males," need to be protected from discrimination, but not if their rights impede those of cisgender women. Oger argued the concept simply doesn't make sense.