Meet 'James Pond', the sea lion that slept outside a Pender Harbour home on Christmas Eve 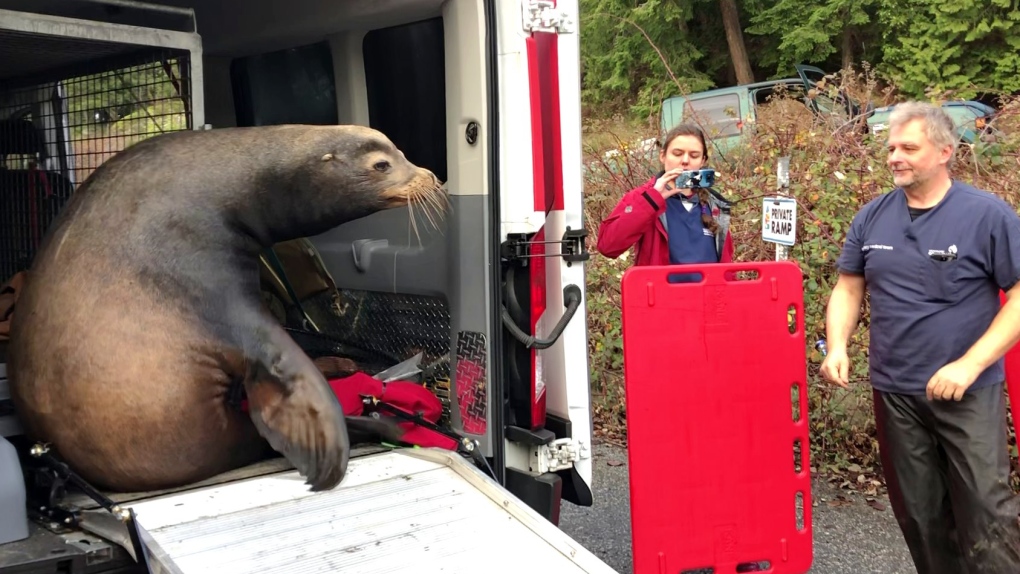 'James Pond' the sea lion was rescued and returned to the ocean after he somehow made his way to the deck of a Pender Harbour home on Christmas Eve.

VANCOUVER -- A rather unexpected guest that showed up to a Pender Harbour family's home on Christmas Eve has been returned to the ocean thanks to animal rescue crews.

His name's Pond, James Pond, and he's a sea lion that made his way from the ocean to the deck of a B.C. home before spending a little time in some nearby freshwater.

The 250-kilogram male California sea lion was rescued by crews on Dec. 27 after being found "quite a ways from the ocean," according to the Vancouver Aquarium Marine Mammal Rescue Centre. It appeared the sea lion slept outside the home before finding a nearby pond. 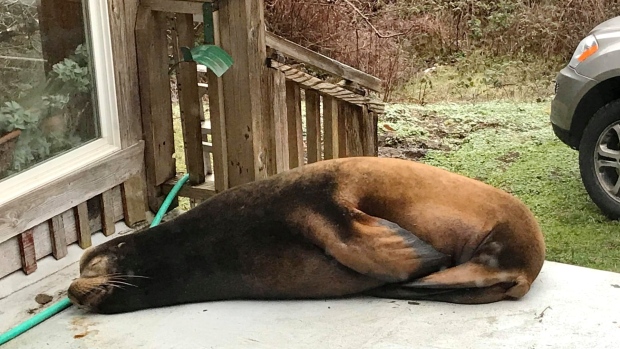 The sea lion was tranquilized while in the pond, captured and moved to a boat launch in Oyster Bay. Once there, he quickly made his way back to the ocean, rescue crews say.

"We would like to thank Fisheries and Oceans Canada for their assistance, and the members of the public that alerted us to this unusual visitor to their neighbourhood," the Marine Mammal Rescue Centre said in a Facebook post.

Anyone who sees a marine mammal in distress or in an unusual place can call the rescue centre at 604-258-7325. The centre recommends observing the animal from a distance and to not approach or help the animal as it could cause undue stress. Taking and sending photos helps trained rescuers assess the situation, the centre says. 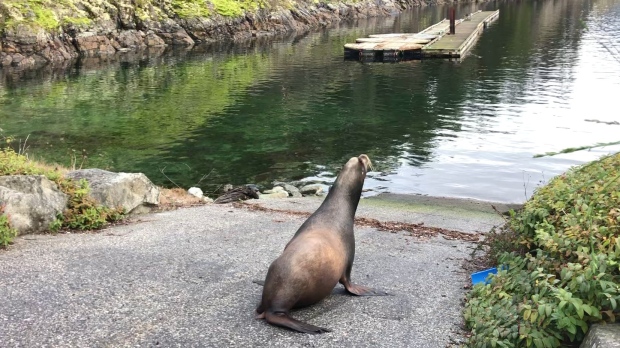