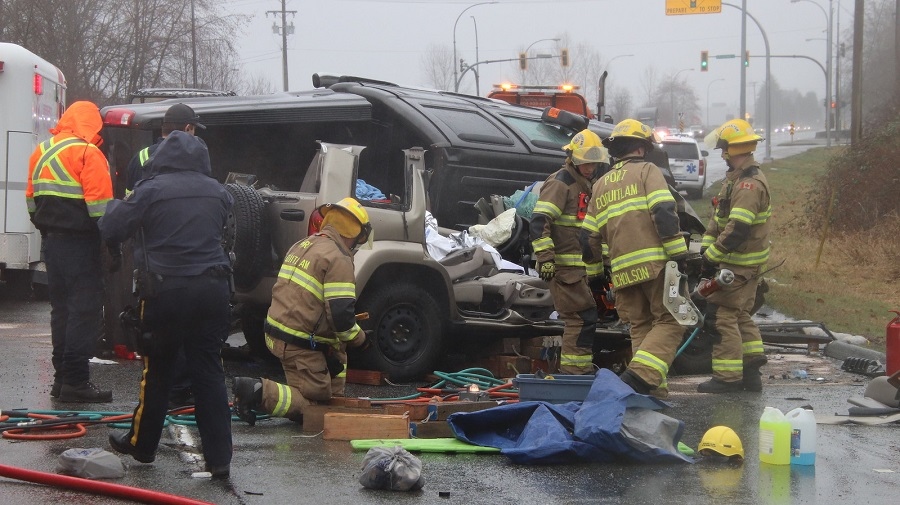 At least two people were taken to hospital, one with serious injuries, after a vehicle collision on the Mary Hill Bypass Saturday. (Shane MacKichan)

VANCOUVER -- Two people were taken to hospital, one with serious injuries, after a vehicle collision on the Mary Hill Bypass Saturday.

Video from the scene shows a Ford pickup truck on its side lying across one lane of the highway, and an SUV or CRV vehicle that has been cut open by the Jaws of Life.

One of the two people transported to hospital by ambulance suffered non-critical injuries, while the other had serious injuries, according to BC Emergency Health Services.

Coquitlam RCMP said the drivers of each vehicle were transported to hospital with non-life threatening injuries. There were no other passengers in the cars at the time of the crash.

Police are still investigating the cause of the crash, and will be looking at factors such as weather and road conditions at the time of the collision

The road was shut down for a time while police, fire and ambulance worked at the scene.