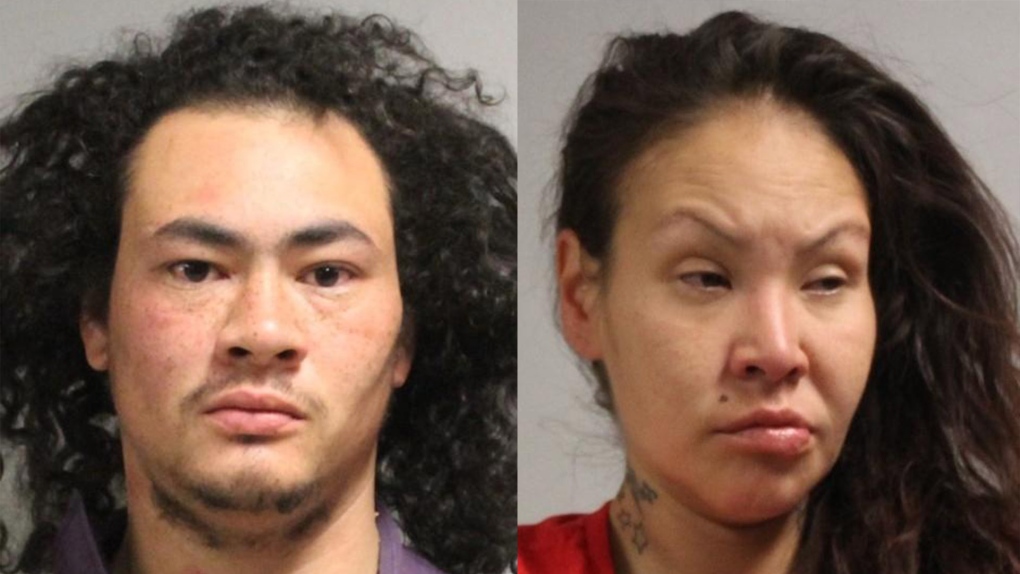 Police are searching for 30-year-old Jason Tapp, left, and 33-year-old Nicole Edwards in connection with a violent sexual assault in Oppenheimer Park. (Handout)

VANCOUVER -- Update at 8:45 p.m.: Vancouver police say the two suspects were recognized by a store clerk Friday and have been arrested. The original story follows.

Police are asking for the public's help finding a man and woman wanted in connection with a disturbing sexual assault allegedly committed in Oppenheimer Park earlier this year.

Authorities said the victim was forced into a tent at gunpoint back in April, where she was beaten and sexually assaulted with a weapon. She was held against her will for more than 15 hours before she was finally able to escape, according to police.

"This was a horrific and violent crime, and the suspects preyed on a vulnerable person," Const. Tania Visintin of the Vancouver Police Department said in a statement. "We need the public's help to ensure these two offenders are located."

Authorities managed to arrest two suspects, 30-year-old Jason Tapp and 33-year-old Nicole Edwards, on May 2, but they have since been released from custody and are wanted for allegedly breaching their conditions.

Police said they were last seen on Friday, and failed to report to their bail supervisors on Tuesday.

Together, they are facing a total of 15 criminal counts. Police asked anyone with information on their whereabouts to call 911 immediately.

Authorities also credited an unnamed organization in the Downtown Eastside for playing a "pivotal role" in helping the survivor come forward, prompting their investigation.

"We thank them for the work they do and the help they provide," Visintin said.