Man who tossed cereal to a bear on a B.C. highway gets $345 fine: conservation 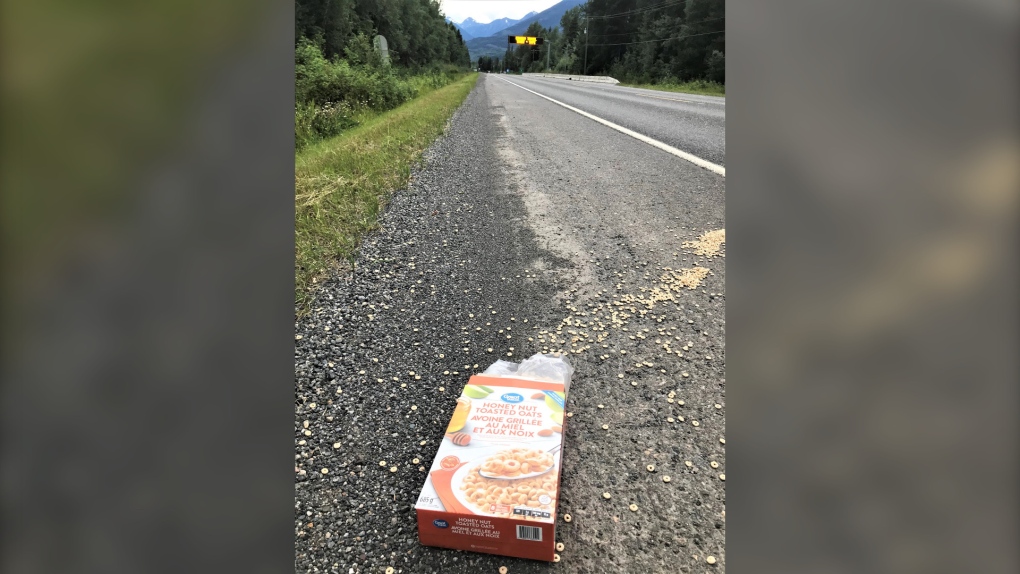 A box of breakfast cereal is seen on a B.C. highway in this photo from the B.C. Conservation Officer Service posted on July 23, 2020. (Courtesy: Facebook)

VANCOUVER -- A man has been fined for tossing a box of breakfast cereal to a bear on a highway in northern B.C., B.C. conservation says.

The incident took place along Highway 16 near Kitwanga, according to a Facebook post from the B.C. Conservation Officer Service Thursday.

Conservation says a passing driver saw what happened and reported the incident to police. The tip was passed along to Skeena conservation officers who were on patrol nearby.

Officers were able to follow up with the man at his home, where he was given a $345 fine and charged with intentionally feeding dangerous wildlife.

"Under the Wildlife Act, it is an offence to feed dangerous wildlife – doing so creates a serious risk to public safety and the safety of the bear," conversation said in a Facebook post.

Anyone who witnesses someone feeding wildlife is asked to call the RAPP line.