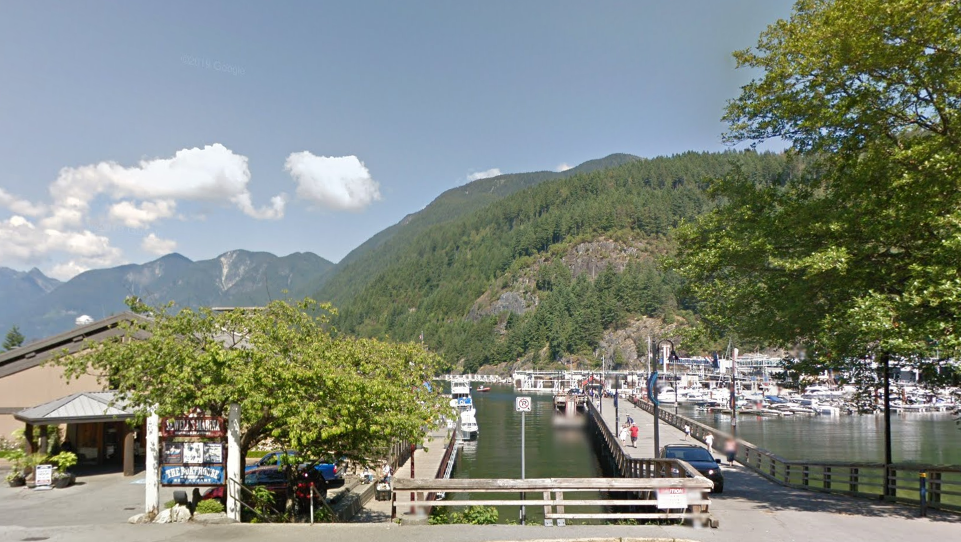 Sewell's Marina in Horseshoe Bay is seen in this undated photo. (Google Maps)

VANCOUVER -- A man was arrested and charged after reportedly stealing a boat and breaking into a home last week, West Vancouver police say.

In a news release Tuesday, the West Vancouver Police Department said officers were called last Friday just after 3:30 p.m. after someone saw a man jump into an empty 17-foot boat at Sewell's Marina in Horseshoe Bay and take it towards the open ocean.

Local police asked for assistance from the Vancouver Police Department's marine unit. A short time later, a resident reported to officers that someone had grounded the boat in Larson Bay, which is around the Whytecliff Park point from the marina.

The witness said they saw the suspect running to a nearby property. A team from VPD's canine unit went to support West Vancouver officers in locating the man.

"The suspect was located hiding in a private pool utility room and was taken into custody," WVPD said in its news release.

"Further investigation revealed that the suspect had also briefly entered a nearby home and was found to be in possession of stolen items upon his arrest."

Police say Knowland was released from custody on Saturday and is set to appear in court again.