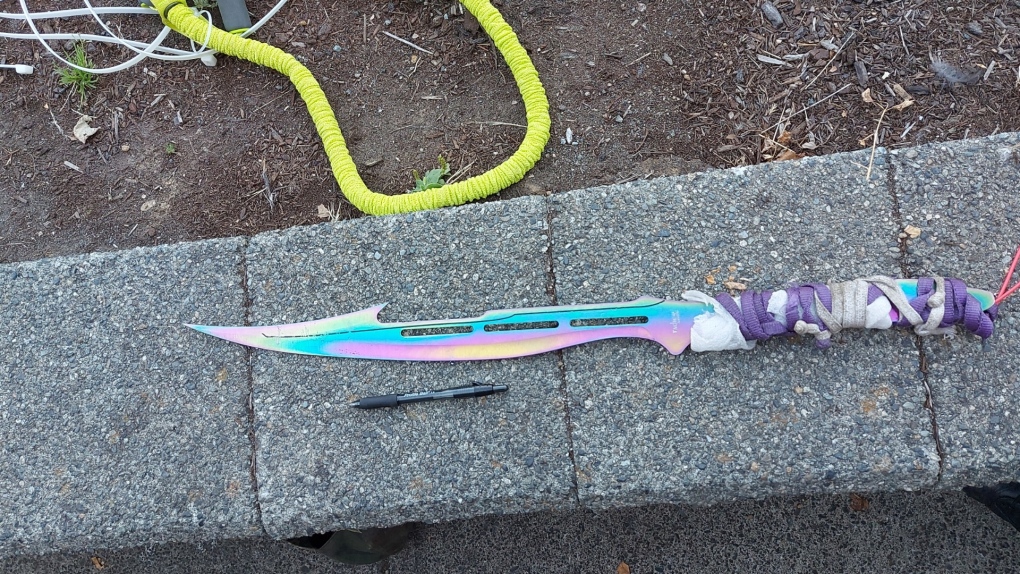 An Abbotsford man is facing multiple charges after allegedly robbing a gas station in the city while armed with "a large sword" this week. (Abbotsford Police Department)

An Abbotsford man is facing multiple charges after allegedly robbing a gas station in the city while armed with "a large sword" this week.

Jarred Whitham, 31, is charged with robbery, willfully resisting or obstructing a peace officer and breach of probation, according to a news release from the Abbotsford Police Department.

The charges stem from an incident that occurred Monday afternoon at a gas station in the 32400 block of South Fraser Way, police said.

According to police, shortly before 4:15 p.m., a man entered the gas station and began stealing items.

"When confronted by the store clerk, the man presented a large sword, swinging it at the clerk, before fleeing the store on foot," police said in their statement.

Officers responded to the scene and located the suspect within 12 minutes of receiving the 911 call, police said, adding that the clerk was "extremely shaken," but not physically injured.

"Each day, our officers respond to shoplifter-related calls where the suspects are often carrying weapons," Sgt. Paul Walker said in the release.

"These calls pose a risk to public safety within our community. Many of these incidents are repeat offenders being continuously released back into our community."