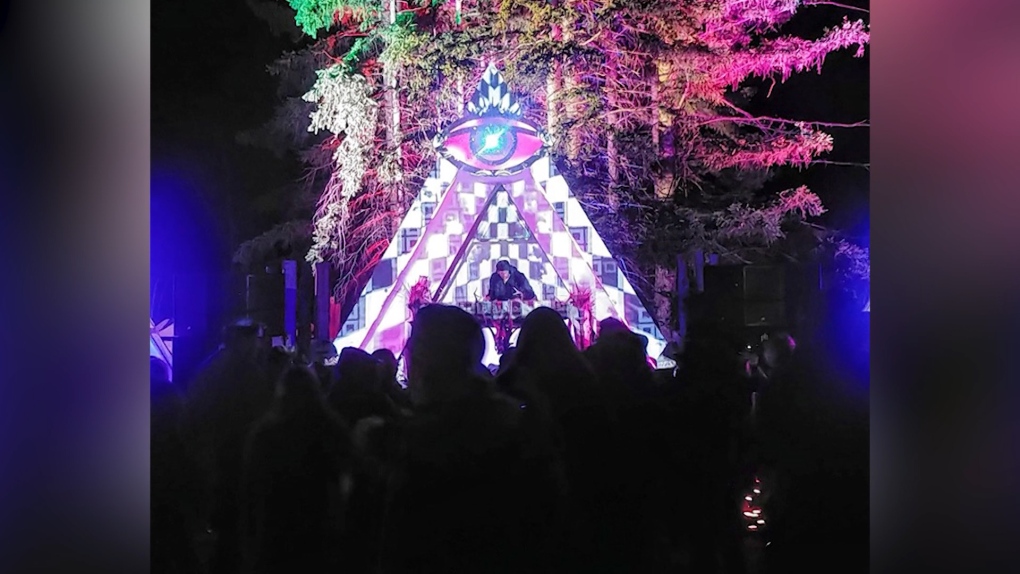 A performance is seen at the Curiosity Music Festival in Princeton, B.C. in this undated image.

Mounties say charges are being considered against a man in his 20s after he allegedly stole an off-road vehicle and drove it into a crowd at a music festival in Princeton, B.C. over the weekend.

According to the RCMP, the incident occurred at around 2 a.m. on June 30 at the Curiosity Music Festival.

Four people were taken to hospital with serious, but non-life-threatening injuries.

Police said security guards at the event had the man allegedly responsible in custody when an officer arrived. The suspect was then arrested by the RCMP.

"Initial investigation revealed the man was being provided with medical care by first aid staff employed by the music festival," Mounties said.

"While being tended to, the man began assaulting the attendants, and subsequently stole their side-by-side. The man eventually drove the side-by-side up toward the main stage, where he drove into the crowd, resulting in injuries to four people."

In a Facebook post, festival organizers called the incident "isolated," assuring other patrons that there was no further risk.

"Curiosity Music festival LTD and its staff would like to reassure all patrons and those involved that this was an unpredictable event," the post read. "Security and medical staff acted appropriately to the incident and are not at fault in any way."

Counselling was offered to those involved in the event, which ran until Canada Day.

Charges of robbery and assault with a weapon are being considered against the suspect, investigators said, adding that alcohol and substances use is believed to have been a factor incident.

Anyone with information that could advance the case is asked to contact the Princeton RCMP or Crime Stoppers anonymously at 1-800-222-8477.