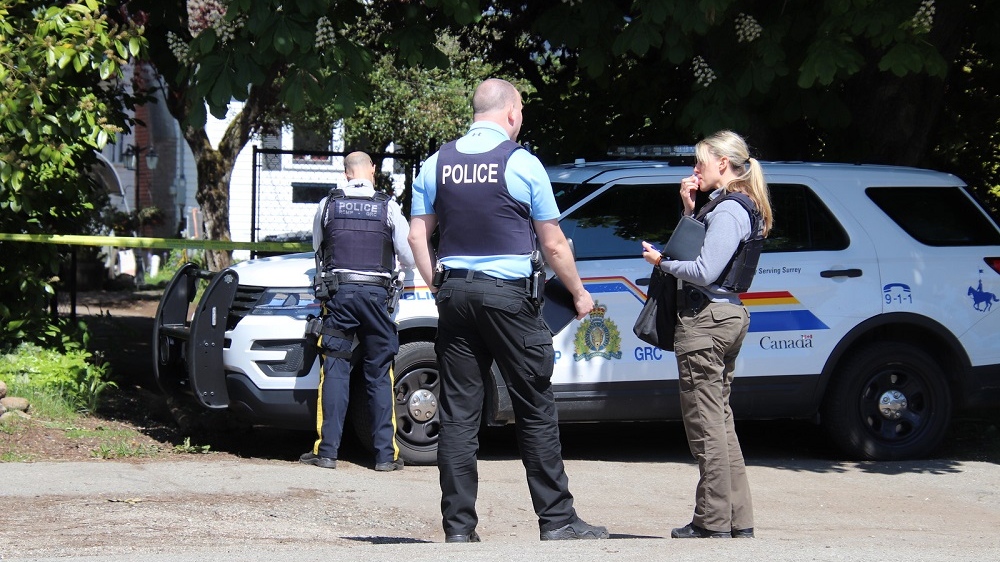 Mounties in Surrey are investigating a shooting at a home in the city's Whalley neighbourhood Saturday morning. (CTV)

Mounties in Surrey are investigating a shooting at a home in the city's Whalley neighbourhood Saturday morning.

Surrey RCMP confirmed to CTV News that a man had been shot at a home on Grosvenor Road, but said their investigation is in its very early stages.

Officers were called to the scene in the 13700 block of the street shortly before 10 a.m., according to a news release.

They arrived to find a man suffering from serious injuries. He was taken to hospital, police said.

"Officers are currently on scene conducting neighborhood canvassing and speaking with witnesses to obtain further information," Mounties said in their statement.

"The investigation is still in its early stages, but initial indications are that this is an isolated incident."

A neighbour told CTV News more than 15 emergency vehicles had descended on the street around 10 a.m., closing the block to traffic.

Tips can also be provided anonymously via Crime Stoppers