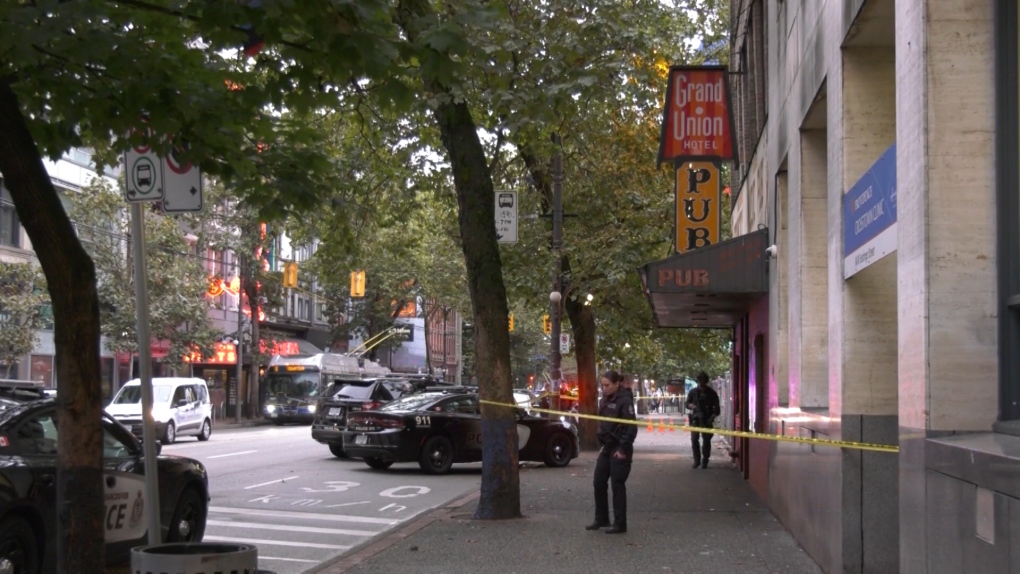 Police responded to a shooting on Vancouver's Downtown Eastside on Monday.

VANCOUVER -- Police in Vancouver say a man has pleaded guilty to attempted murder nearly a year after a shooting in the Downtown Eastside.

According to the Vancouver Police Department, Joseph Bassett, 30, pleaded guilty this week to several offences including two counts of attempted murder, one count of unlawful possession of a loaded prohibited or restricted firearm, one count of breach of a firearms prohibition order, one count of assault with a weapon and one count of aggravated assault.

He is due back in court later this month.

The incident happened on Sept. 22 2019, when police responded to three shootings in the neighbourhood over a 15-hour period. Four people were taken to hospital with injuries, including a 28-year-old Langley man and a 25-year-old man from Surrey.

Bassett was arrested days after the shooting. At the time, police said each of the shootings appeared to be targeted.

"Investigators believe that this gang shooting was in relation to control of the drug trade in the Downtown Eastside,” Const. Tania Visintin said in a news release Friday.