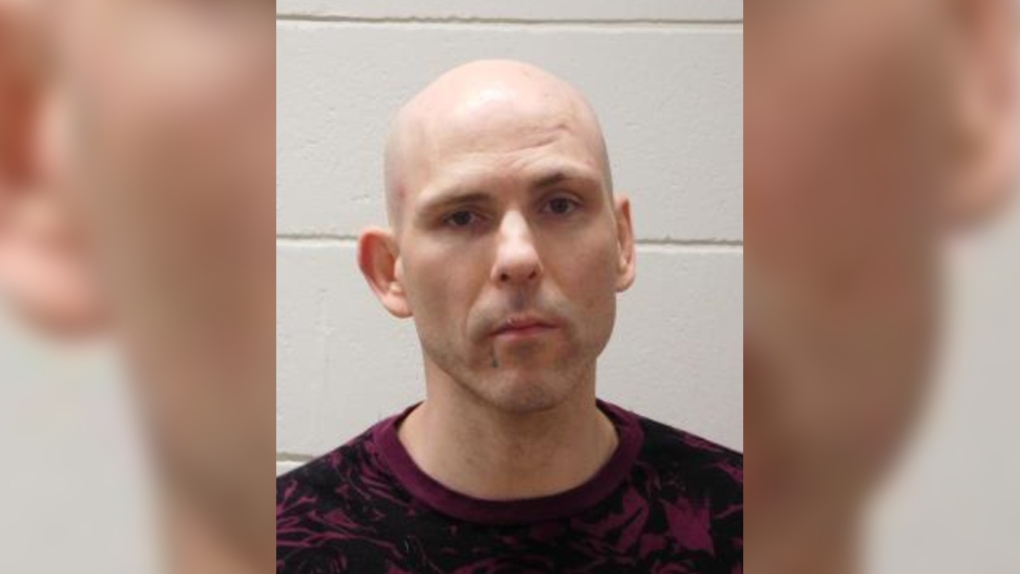 Dillon Earl Gosnell is seen in this image provided by police.

VANCOUVER -- A man has been sentenced to two years in jail after pleading guilty to a violent robbery at a Vancouver convenience store.

Police say a man walked into the 888 Mini Market on Beach Avenue last October, attempting to rob it.

Police say he "immediately began stabbing the store clerk in the arm" in his efforts. The victim, a 61-year-old Vancouver man, was seriously injured.

In November, police distributed a surveillance image of a suspect.

Dillon Gosnell, 45, was identified as a suspect and a robbery charge was approved against him. Gosnell pleaded guilty, police say.

Vancouver police confirmed with CTV News that Gosnell was also the subject of a Canada-wide warrant last March after failing to return to his halfway house. Gosnell, who was 44 at the time, was out on statutory release while serving a 17-year sentence for property and violent offences.