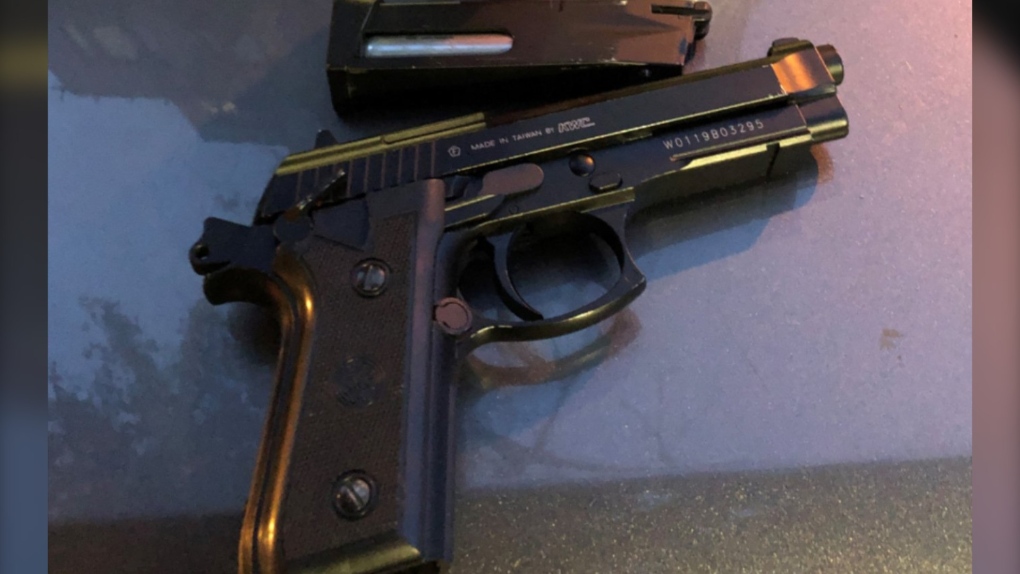 A 'replica BB handgun' is shown in a photo posted on Twitter by the Vancouver Police Department's Deputy Chief Howard Chow on Monday, June 8, 2020.

VANCOUVER -- Police are looking for the owners of a stolen bike as part of an investigation that began Monday night.

Members of the Vancouver Police Department, who'd been in a marked police cruiser at the time, said they saw a man ride the bicycle through a red light.

The man was stopped near Granville and Helmcken streets at around 9:30 p.m., Sgt. Aarod Roed said in an email to CTV News.

The officers reported that the man had a can of bear spray in his pocket.

The alleged discovery prompted a search of the suspect. Police say they uncovered a BB gun made to look like a handgun, and a "small amount" of narcotics.

Roed said it was also determined the bike the man was riding had been stolen, based on its serial number.

Police say they seized the bike and are looking for its owner.

The man was identified, then released at the scene.

An investigation is ongoing, and no charges have been recommended.

If you're going to blow through a red light in a busy downtown intersection, don't... do it in front of a marked police car, while carrying drugs, pepper spray and a replica handgun, on a stolen bicycle without a helmet #WhereDoIStart #TooManyWrongs pic.twitter.com/F2IerCOWPb