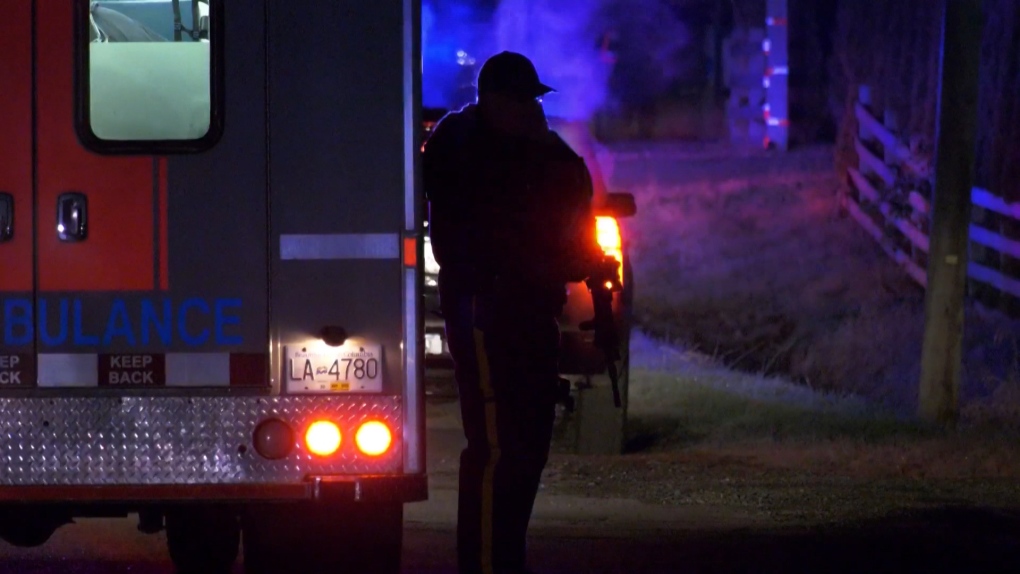 Heavily-armed officers were seen outside a Langley home Thursday morning.

VANCOUVER -- A man has been taken to hospital after a shooting in Langley that prompted a large police presence in a rural neighbourhood Thursday morning.

Police were called to a property on 48 Avenue near 272 Street, not far from Highway One, just before 6 a.m.

A 47-year-old man was found with gunshot wounds and was taken to hospital, according to Langley RCMP.

According to police, the victim has non-life-threatening injuries.

Langley RCMP says no suspects have been arrested.

The shooting is believed to be targeted, the Langley RCMP’s serious crimes section is leading the investigation.

Members of the Emergency Response Team were called to the area soon after police arrived. Tactical officers and a dog team could be seen searching nearby yards and properties.

Most homes in the area are spaced far apart on large lots. Police are canvassing the area for witnesses and video.

A section of 48 Avenue is closed as police continue to investigate.