Man fighting for his life after Surrey house fire has died; fire not suspicious, RCMP says 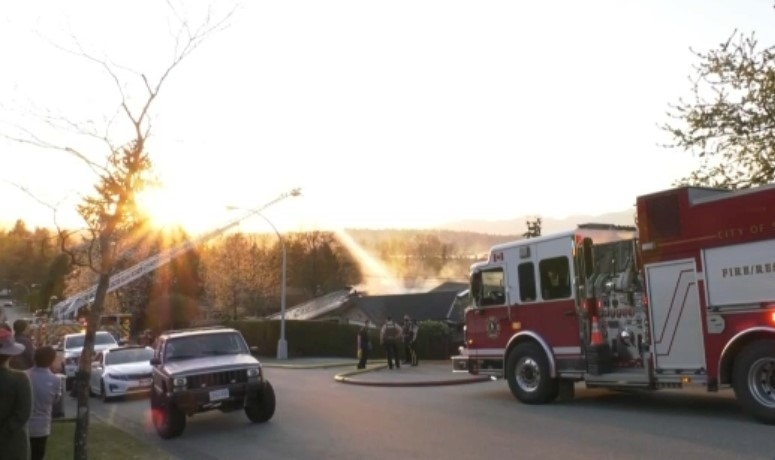 Six people were sent to hospital as a result of a house fire in Surrey on Friday, April 16, 2021.

VANCOUVER -- A man sent to hospital after being rescued at the scene of a house fire in Surrey has died, Mounties say.

The man, who has not been publicly identified, was taken to hospital with life-threatening injuries after being found at the scene on 113 Avenue Friday.

He did not survive. Police say he was in his 60s, but no further details have been provided.

Firefighters were called to the home shortly before 7 p.m. that day, and arrived to find the house fully engulfed.

Residents in neighbouring homes were evacuated as crews worked to extinguish the blaze.

The cause of the fire remains under investigation, Mounties said Tuesday. Police are working with firefighters on the investigation, and will be canvassing the neighbourhood.

They have not said whether the fire is considered suspicious.

Anyone with more information about the incident is asked to contact the RCMP detachment or to call Crime Stoppers anonymously.