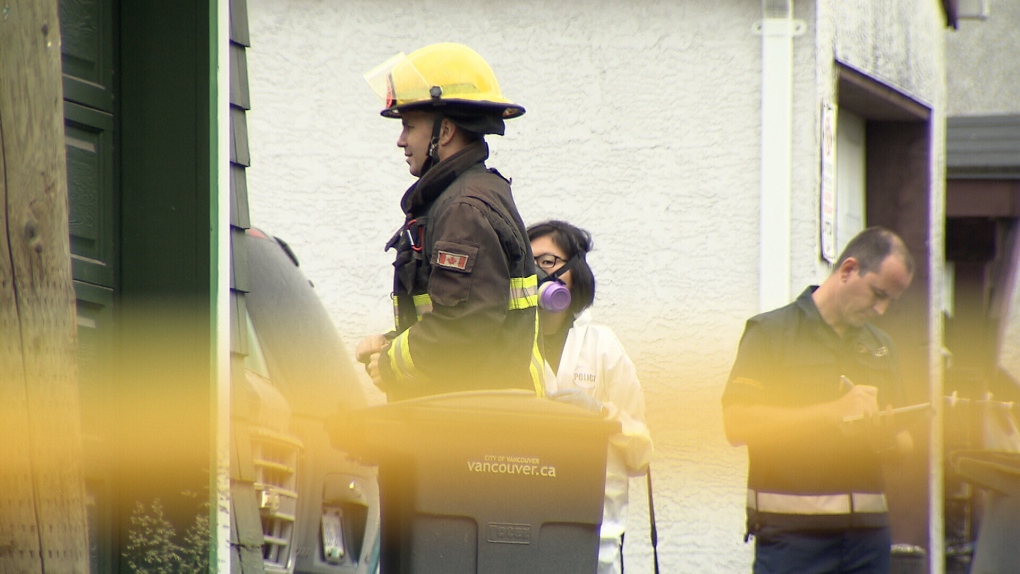 Emergency crews investigate after a body was found in a burning vehicle in East Vancouver early Saturday, May 25, 2013. (CTV)

A man is dead after a vehicle fire in East Vancouver early Saturday, police say.

His body was found inside a burned-out van parked on Victoria Drive near East 12th Avenue, Const. Brian Montague said.

Fire crews extinguished the flames at around 6 a.m. and discovered the body inside the vehicle, according to police.

An autopsy will be conducted later in the week to confirm the man's identity and official cause of death, Montague said.

Officials are still trying to figure out what caused the blaze.