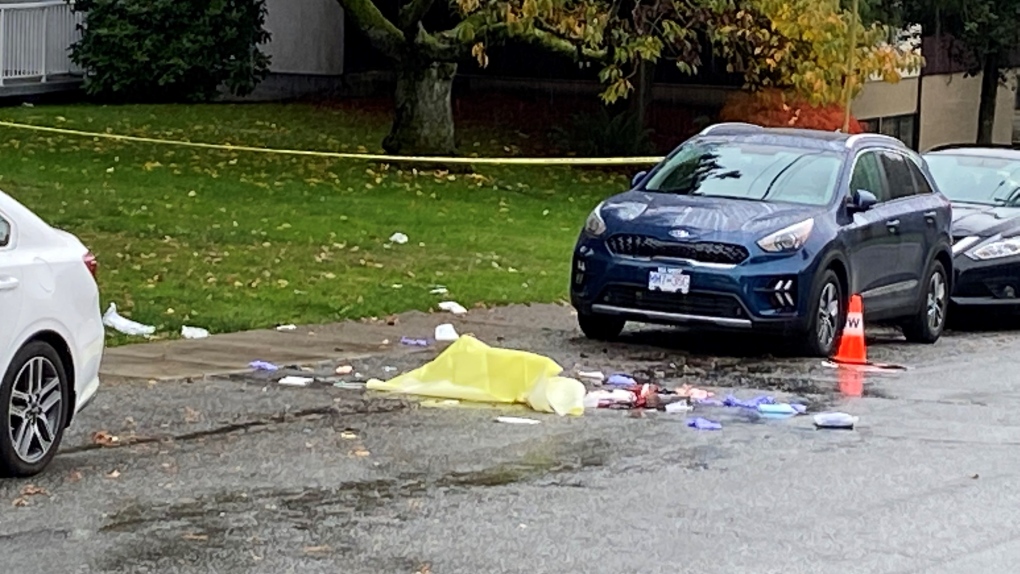 A photo taken Oct. 23, 2021, the morning after a fight on the 1000 block of Bole Street in New Westminster, B.C., shows a pile of what appears to be used disposable medical equipment.
Vancouver -

A man is dead following a violent fight on the street in New Westminster.

“The victim was transported to Royal Columbian Hospital where lifesaving interventions continued. However, he did not survive.”

On Saturday morning, police tape could be seen cordoning off the area. Photos of the scene, taken the morning after the fight, show a residential street lined with several three-storey apartment buildings. One area, beside the sidewalk, is littered with what looks to be used disposable medical equipment, some of which appears to be stained red.

The Integrated Homicide Investigation Team has taken over the case, in partnership with the city police’s major crime unit, says New Westminster Police.

“IHIT investigators are requesting assistance from the public and are seeking witnesses who may have seen or overheard the altercation,” the police statement continues.

“Police are also asking anyone with residential or commercial video footage or Dash Cam video to come forward.”