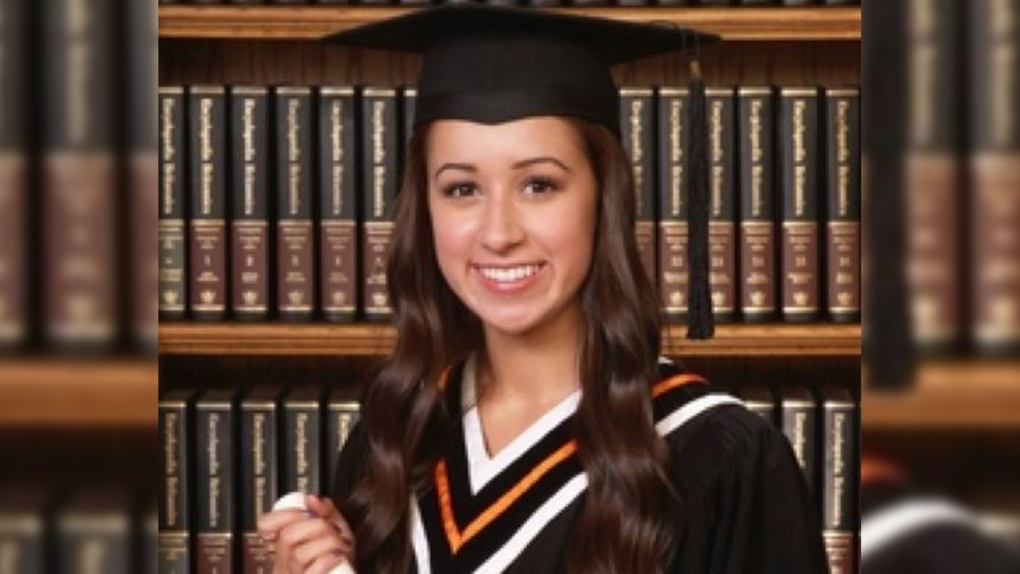 Olivia Malcom, 19, is seen in this photo from a GoFundMe page set up by her family.

More than a year after the crash that killed teenage lacrosse player Olivia Malcom, a 44-year-old man has been charged with drunk driving.

Authorities said Malcom and a companion had pulled over to the side of Highway 17A in Delta and stepped out of their vehicle when a Jeep suddenly slammed into them back in June 2018.

Malcom, who was just a few days shy of her 20th birthday, was killed. The other victim suffered undisclosed injuries that police said were not life-threatening.

The driver of the Jeep remained at the scene. On Wednesday, the RCMP announced that prosecutors have approved criminal charges against 44-year-old Chao Chen.

Chen has since been released from custody on several conditions, including that he surrender all passports and travel documents, remain in B.C., and not be found intoxicated in public. He is also barred from being in the driver's seat of any vehicle.

He is scheduled to appear in Surrey provincial court on Sept. 24.

In a statement provided to police, Malcom's mother said the grieving family is intent on getting justice for her daughter.

"Olivia was taken from us without warning," Bridget Malcom said. "Our next steps are to ensure that our family gets justice for Olivia and that the driver is held accountable for his actions."

After the crash last June, friends and family described the victim as a "beautiful soul" who would be remembered for her kind nature.

An online fundraiser was launched to support the creation of an Olivia Malcom Kindness Bursary, to help "a future candidate to pursue post-secondary education as Olivia intended." It raised more than $110,000.