A man has been charged and remains in custody after a shooting that injured two people, one an innocent bystander, at a B.C. rodeo Sunday.

Jordell Anthony Sellars is facing one charge of attempt murder and one of discharging a firearm with intent to endanger life, the BC Prosecution Service has confirmed.

In a statement Monday, the Williams Lake RCMP provided an update on the investigation into the shooting that forced thousands to evacuate the stampede grounds.

"Two individuals were injured during this and were taken to hospital for medical treatment. Both people are expected to survive their injuries," it reads.

"While police believe this to be a targeted shooting one innocent bystander was injured."

Police have not identified the victims, nor have they provided details on injuries.

"The investigation is a priority and is ongoing," Monday's statement continued. 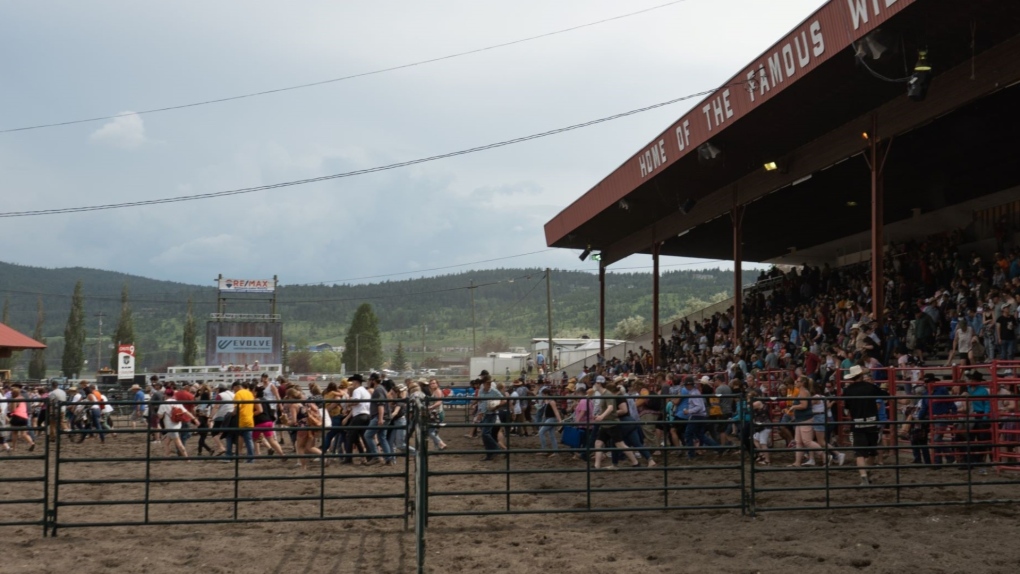 A crowd was forced to evacuate a rodeo in Northern B.C. on July 3, 2022 following a shooting. Photo submitted by Kevin Li.

A statement from the Williams Lake Stampede Association posted Monday said the organization is working with the Mounties and the municipality to address the fallout from the shocking incident.

"Our team is currently working on responding to issues of lost personal items during evacuation and to the emotional distress of many patrons, volunteers, and vendors," a Facebook post reads.

"We want our community to know that this is all being handled with thoughtfulness to ensure property is returned to the rightful owner and that those impacted emotionally will have the supports they require."