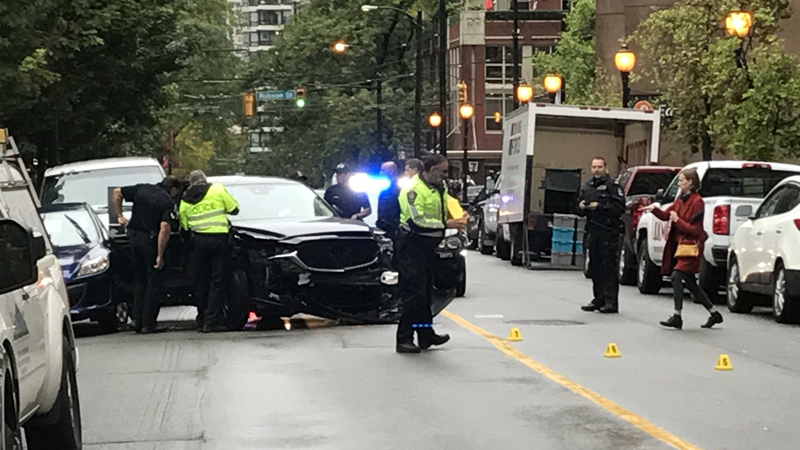 Police respond to an alleged carjacking and hit-and-run in downtown Vancouver on Sept. 21, 2018.

A 27-year-old man has been charged in connection with a dramatic crime spree that unfolded in downtown Vancouver last week.

Police said the accused, who is a Vancouver resident, remains in custody.

Swain was arrested Friday morning after he allegedly carjacked an SUV in a parking lot then crashed into multiple vehicles and a pedestrian near Georgia and Hamilton streets.

Police allege he also pepper-sprayed several Good Samaritans who tried to chase him as he was trying to flee the scene.

Construction workers were ultimately able to hold the suspect until officers arrived.