Man arrested for spitting on baby in Vancouver, police say

Man arrested for spitting on baby in Vancouver, police say 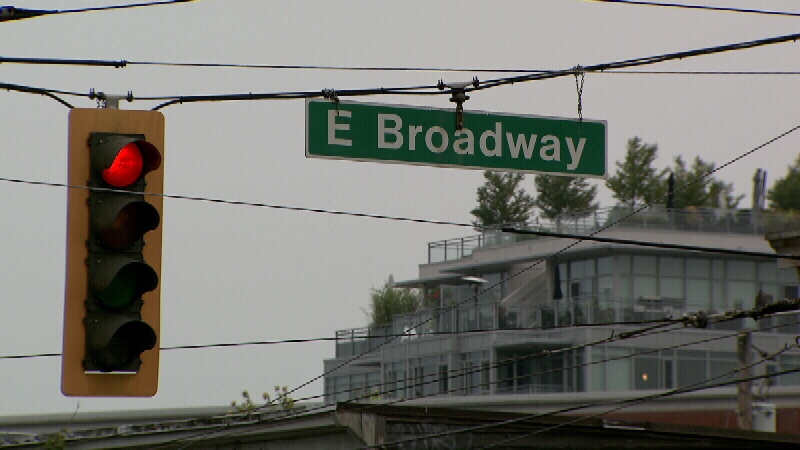 A street sign on East Broadway near Main Street is seen in this file photo from August 2014. (CTV)

A 59-year-old man is accused of spitting on a stranger's baby in Vancouver's Mount Pleasant neighbourhood Friday afternoon.

The incident occurred around 3 p.m. while several people were waiting at a bus stop near the intersection of Main Street and Broadway, according to a news release from the Vancouver Police Department.

The VPD says the man approached "and began yelling at people to get out of his way."

"As the young mom moved her stroller to make room, the suspect allegedly stopped and deliberately spat into the stroller, hitting her 13-month-old child," police said in their statement.

The mother called police and provided a description of the suspect, who the VPD described as "well-known" to its officers. Police said they were able to locate and arrest him "within minutes."

Glen Asselin has been charged with assault in the incident, police said, adding that he remains in custody pending a bail hearing.

Justice Minister David Lametti says he will "look at" a federal policy that restricts gay and bisexual men from donating to sperm banks in Canada, after CTV News exclusively reported on Wednesday that a gay man is taking the federal government to court over it.

Australia is removing monarchy from its bank notes

Australia is removing the monarchy from its bank notes. The nation's new $5 bill will feature an Indigenous design rather than an image of King Charles III. But the king is still expected to appear on coins that currently bear the image of the late Queen Elizabeth II.

The organization regulating medical care and services in Manitoba is apologizing for racism directed towards Indigenous people when accessing health care in the province.