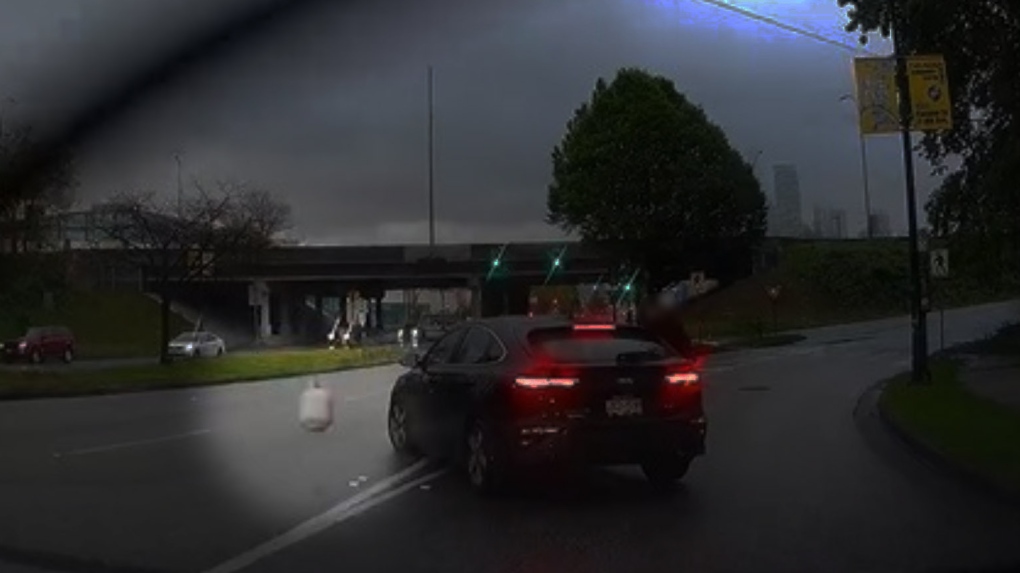 A man throws a propane tank onto First Avenue in East Vancouver, near the Highway 1 onramp, on May 18, 2022. (Reddit user CorleoneGuy)

Police apprehended a man on a mental health warrant Wednesday after he allegedly threw a propane tank at moving vehicles on a busy traffic artery in East Vancouver.

Authorities said they received several reports that someone was tossing a propane tank on 1st Avenue near the Highway 1 onramp at around 6:40 a.m.

"The suspect was located by officers and he was taken to hospital," Const. Tania Visintin told CTV News in an email.

Video posted on social media hours after the incident appears to show a man hurling a propane tank onto 1st Avenue from the grass median, then walking into traffic. He then picks up the tank again and tosses it over a car that's stopped in the road.

It's unclear whether there was any propane in the tank at the time.

Authorities said there were no reports of injuries, but that one vehicle may have sustained minor damage.