Mad Men star Jon Hamm says this B.C. city would be his pick if moving to Canada 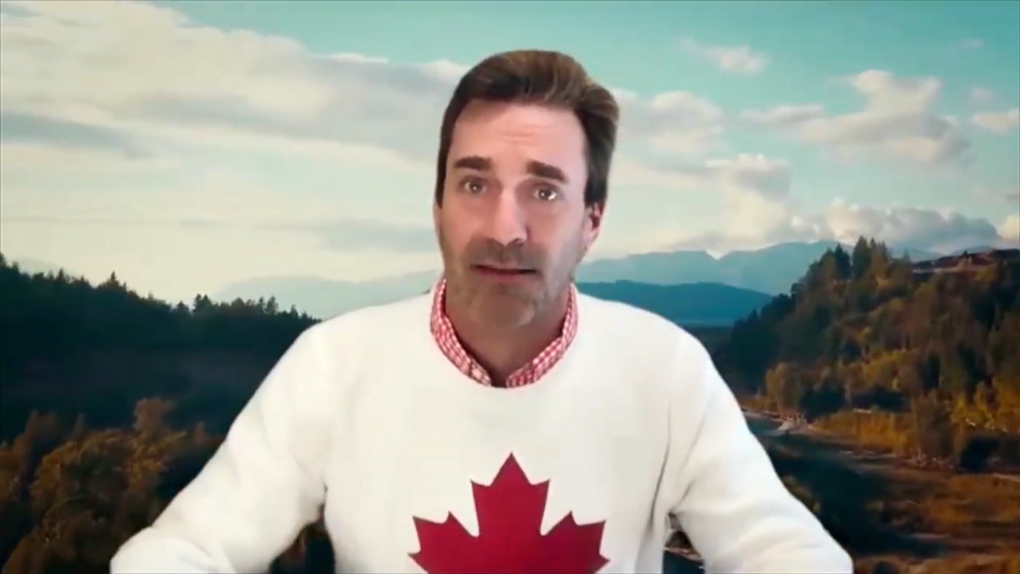 Jon Hamm is seen in a promotional video for Skip the Dishes.

VANCOUVER -- In a virtual trip across Canada, Jon Hamm revealed which Canadian city might be his choice if he moved north.

The Mad Men star paid "visits" to several cities in a YouTube ad for Skip the Dishes.

The company says the video was a way to thank Canadians for supporting local restaurants through the food delivery app.

Don Draper's trip starts in Barrie, Ont. By way of virtual background, he then "travels" by web cam on to Hamilton, Ont., and then stops in Moose Jaw, Sask.

His fourth destination is in B.C.'s Fraser Valley.

"And with so many beautiful mountains and waterfalls, I mean, if I was going to live anywhere in Canada, it might have to be Chilliwack."

He then hops back east to Fredericton, before ending the virtual tour.