Lotto-winning B.C. couple plans 'dream wedding' after scanning ticket 8 times to be sure 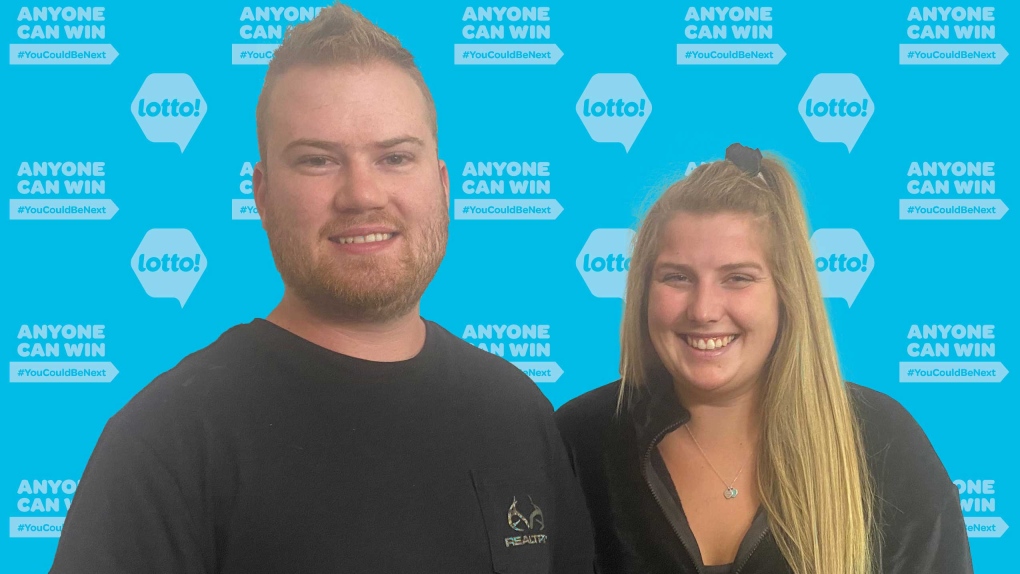 Liam McIver and Anita Cremer are pictured in an image provided by BCLC.
VANCOUVER -

A 2022 wedding will be even more grand thanks to a B.C. couple's sudden influx of cash.

Fiancés Liam McIver and Anita Cremer recently won $1 million in a lottery draw, and say they're using some of the money for even bigger plans for their big day.

Once the wedding is paid off, the couple from Langley plans to put the rest toward their mortgage and a new trailer. They may also set some aside for a honeymoon to Nashville.

In a news release issued by the B.C. Lottery Corporation, Cremer said her first thought when she realized she'd won a Maxmillions prize in the June 22 Lotto Max draw was that it couldn't be real.

She told BCLC her fiancé had the same thought, and didn't believe Cremer until he scanned it himself.

After scanning the ticket "about eight times, just to make sure," the news finally sunk in, the couple said.

Other recent winners in B.C. include a man from Grand Forks, who spent some of his prize treating his roommate to dinner, and a Fraser Valley senior who promised to pay off her grandson's education and help with her daughter's medical bills.