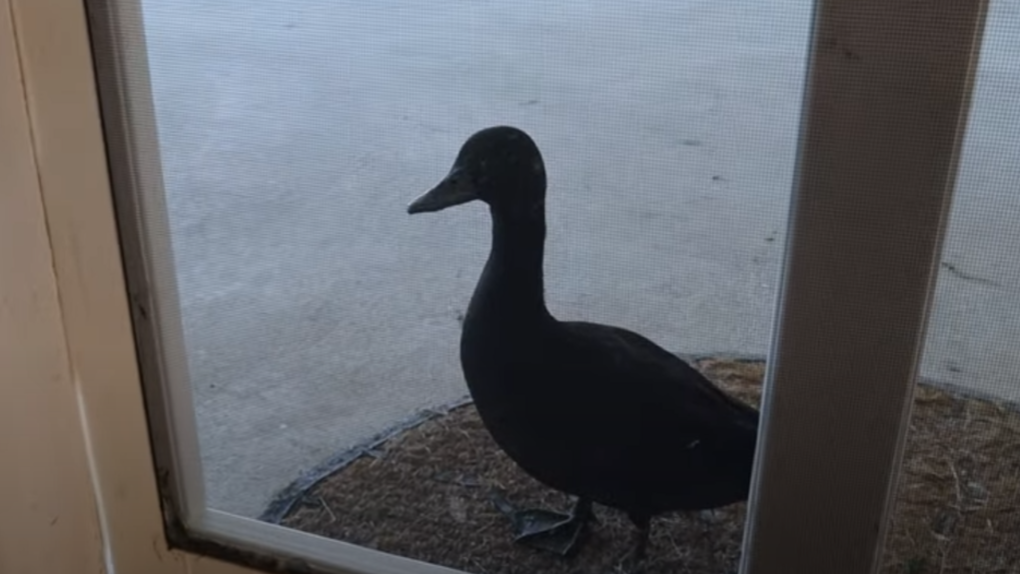 This screenshot from a video posted to Youtube by Fraser Valley Rose Farms shows a lonely duck waiting at the farm house door.

The lone duck who survived a coyote attack on a B.C. farm was so bereft she started following the humans around – waddling close behind them as they went about their chores and waiting on the doorstep every time they went inside.

The sad story that ultimately has a happy ending was shared by Jason Croutch of Fraser Valley Rose Farms earlier this month on YouTube.

The family raised three ducks on their Nicomen Island property by hand and Croutch said in the video that the whole family enjoyed having the small flock around. Although coyotes are relatively common in the area, he said the predators don't often get onto the farm itself.

"Unfortunately, we do live in a wild area here and coyotes got two of the ducks. So this duck is the only one left standing -- somehow she escaped them," he said in the video.

"Ducks, they're very social animals, they really like to hang around in a group they don't stray far from the group. And in this case, she is lost without her friends. So she has glommed on to people."

For days, the lonely black duck would follow Croutch, his wife and his kids around everywhere they went.

"She can't stand to be away from you," he said. 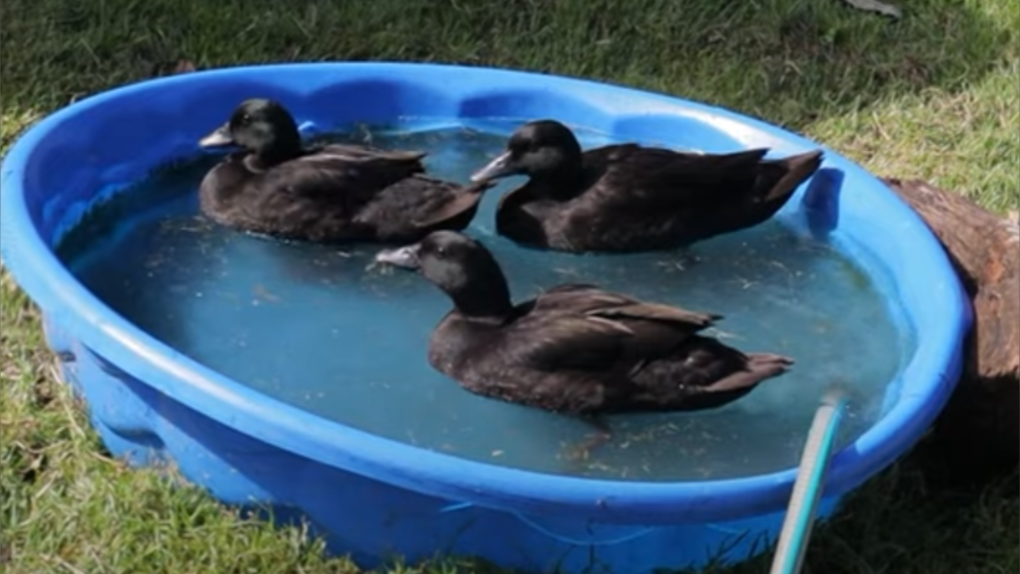 This screenshot from a video posted to Youtube by Fraser Valley Rose Farms shows three ducks. Two were killed by coyotes, leaving the lone survivor bereft,

At one point, unable to find any members of the Croutch family, the bird made its way to a neighbouring property in search of other humans to follow.

With a vacation upcoming and uncertainty surrounding the coyote situation, Croutch said the family couldn't imagine leaving the duck alone and wasn't in a position to bring new ducks onto the farm. 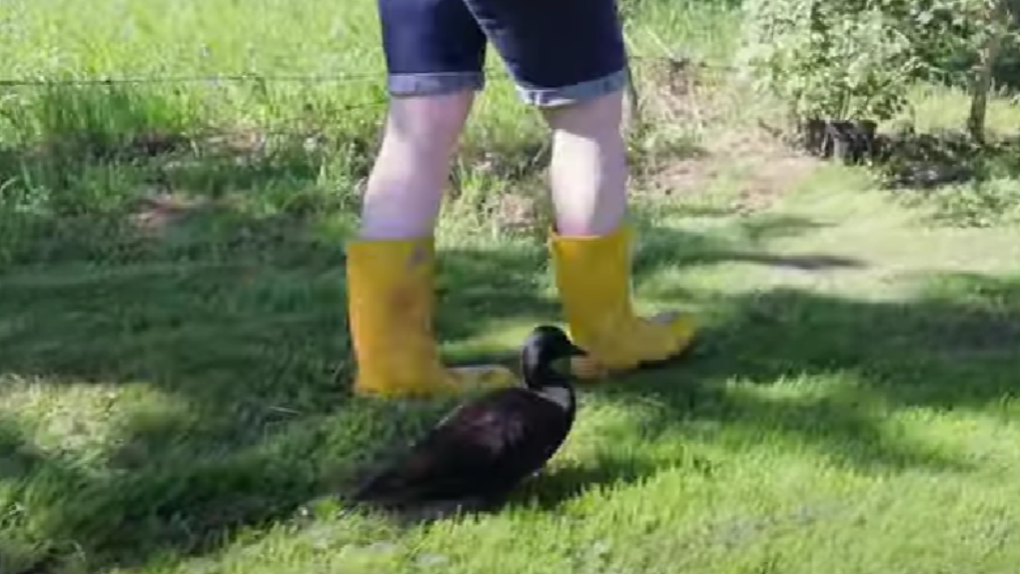 This screenshot from a video posted to YouTube by Fraser Valley Rose Farms shows a lonely duck who started following humans around after her companions were killed by coyotes.

Luckily, Croutch's wife Lisa has a niece who lives on Pender Island that was willing to foster the duck.

"They're very experienced caretakers of birds and animals so I couldn't think of a better home to put this duck into -- and she's a sweet little duck," Croutch said.

The YouTube video shows Lisa packing up the duck and taking her on the ferry before being dropped off to live among chickens and other fowl.

"Apparently she gets along really, really well with all the other birds which is fantastic, but still has a special penchant for following the humans around which actually, I think, is kind of cute," Croutch said.

The duck has gotten off the property and paid a visit to the neighbours at least once but was safely returned.

"So apparently she's up for her old antics just fine, but it sounds like she's having a really good time over there."

CTV News has declared The Quebec Liberal Party (PLQ) will retain its official Opposition status, and Party Leader Dominique Anglade has been re-elected.