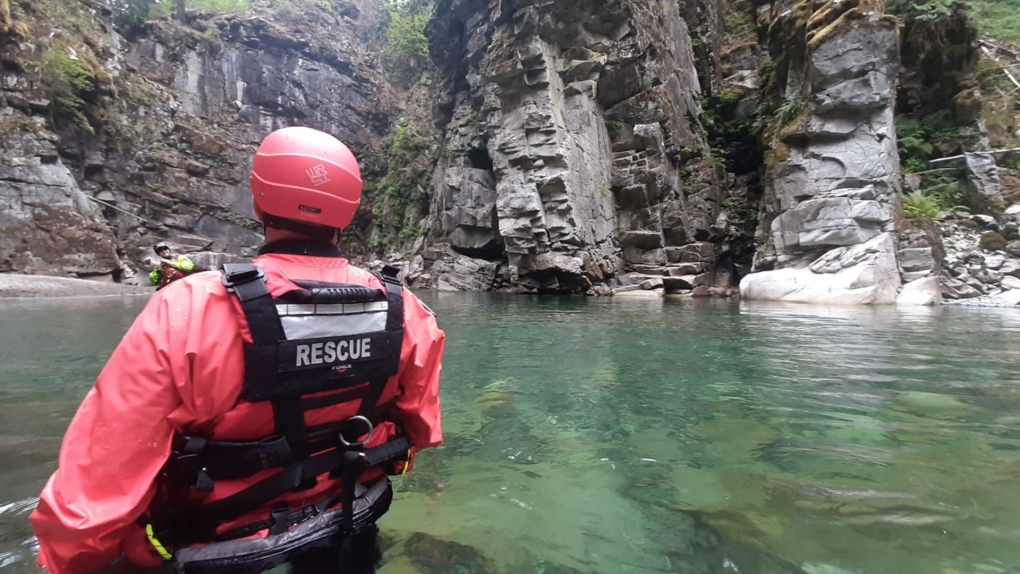 The Hope Search and Rescue team is reminding residents and road-trippers to be wary of where they go swimming after two separate rescue calls took them down to the Coquihalla Canyon’s Othello Tunnels area over the weekend.

The organization shared photos from its swiftwater rescue team’s operations, and gave a stern warning.

“The Coquihalla Canyon and pools of crystal clear water looks refreshing and inviting, (but) it is extremely hazardous, not only to the public but to the responders who attend the rescue,” it reads.

One of the rescues involved a person who had been swept down river and was suspected of having drowned.

“With the quick response by all agencies, the semi-conscious subject was safely packaged and passed over to (paramedics with) BCEHS, then loaded into an Air Ambulance,” reads the post.

In another call, two “young teens” were rescued from the river area.

Rescue crews were called when they became stranded on the rocks.

“Neither of the teens sustained any injuries but learned a valuable lesson about swimming in the area,” reads another post on the organization’s Facebook page.