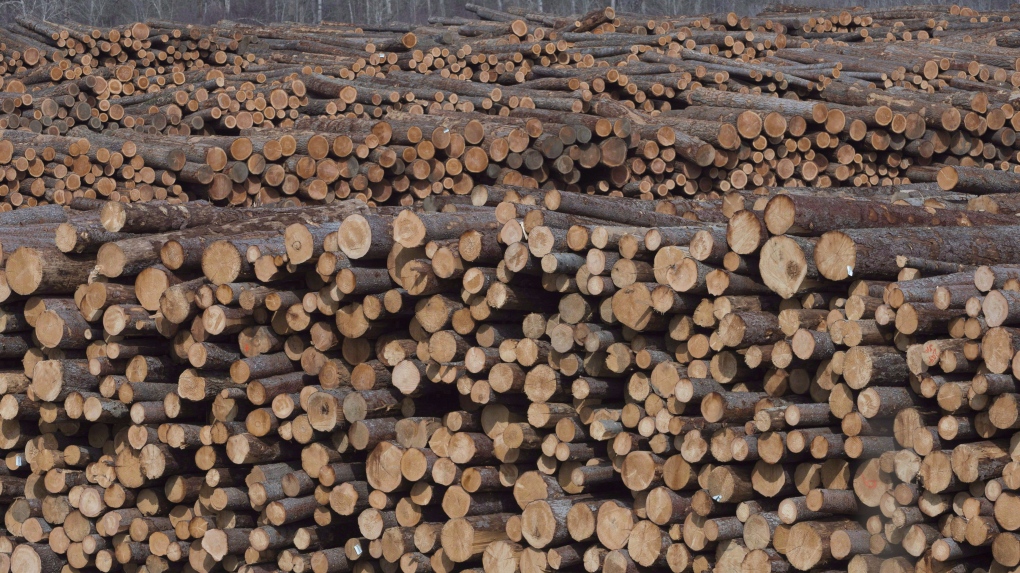 QUESNEL, B.C. - The mayor of Quesnel says the closure of a sawmill in his community is a necessary if difficult step toward keeping British Columbia's forestry industry alive.

“Mills have to close, the total capacity in B.C. has to come down to match the long-term sustainable fibre supply and it needs to come down fairly quickly and fairly dramatically,” he said.

Tolko Industries Ltd. said it's permanently closing its Quest Wood sawmill in Quesnel in August and reducing the shifts by half at its Kelowna mill in July.

The Quesnel sawmill employs 150 people and another 90 workers will be affected by the reduction of shifts from two to one in Kelowna.

Tolko president and CEO Brad Thorlakson said in a statement that reductions to the annual allowable cut have come sooner than expected due to log costs, weak lumber markets and the “catastrophic” impacts of wildfires.

Tolko doesn't have enough economically priced fibre to to keep all of its British Columbia mills running efficiently and productively, he said.

Forests Minister Doug Donaldson said the province will work with Tolko and the community to deliver support programs for affected workers.

“Unfortunately, the problems facing Tolko are not new. They have been mounting for the past several years,” Donaldson said in a statement.

The mountain pine beetle destroyed millions of hectares of forests in British Columbia following population explosion in the 1990s, but beetle-destroyed forests had also been a source for wood fibre until supplies dwindled.

Donaldson said the fibre shortage was made worse by the record-breaking 2017 wildfire season and weaker lumber markets.

“While the most recent closure will most acutely impact Quesnel, the declining supply of beetle-killed wood has been a factor on the Interior timber supply for the last few years,” Donaldson said.

The industry accelerated harvesting to take advantage of beetle-killed forests, knowing full well that the newly available timber supply was finite, he said.

Donaldson said the government is working to improve industry competitiveness in each of the province's timber supply areas in collaboration with companies, unions, local governments and First Nations.

Coralee Oakes, the Liberal MLA for Cariboo North, said British Columbia faces the highest production costs in North America. She called on the government to pause a bill amending the Forestry Act that would restrict the transfer of cutting rights and other ownership changes.

“Bill 22, their latest mistake, puts ideology ahead of what's best for the hard-working B.C. families who depend heavily on the sector, by creating division within forestry-dependent communities,” she said in a statement Saturday.

“These measures will guarantee only one thing, which is that our high-paying forestry jobs will leave B.C. for other jurisdictions like the United States - and it's clearly already begun.”

But Simpson, who represented the region as an NDP MLA from 2005 to 2013, accused the former Liberal government of failing to get ahead of the problem before it was too late. The beetle epidemic spiked in 2002, bringing the region into a “whole new game,” he said.

“In any other jurisdictions that have had catastrophic pest infestations that have killed large swaths of the forest, they've always been followed by fire,” he said. “So it didn't take a rocket scientist to figure out at some point we were going to have trouble feeding mills.”

Simpson said the City of Quesnel launched a forestry think tank in May 2017 to look at ways to maximize the economic value of residual fibres. In the meantime, he said it's “about time” more mills shut their doors, adding that affected employees deserve fulsome support through the transition.

“We need this step down, it's long overdue,” he said.