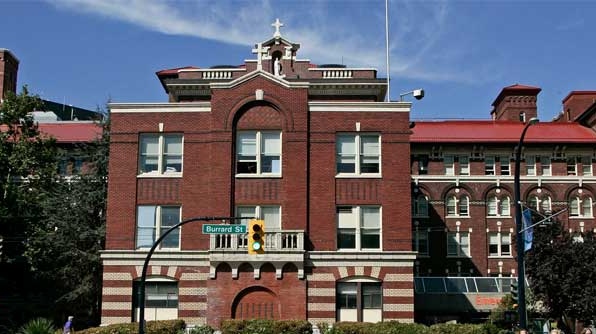 If you’re in need of 6.6 acres in the heart of downtown Vancouver, you’re in luck, and could be the next owner of the land underneath St. Paul’s Hospital.

A marketing brochure, sent to CTV News by CBRE, calls it a “once-in-a-generation” opportunity, and the city’s largest “contiguous development site” in the past 13 years.

“In the normal course of business, to assemble an equivalent-sized parcel of land in downtown Vancouver could potentially take decades,” Quattrin wrote in the brochure, “But the sale of the St. Paul’s Hospital will allow the new owner to do so in a single transaction.”

Quattrin could not confirm whether the province had a deadline, fixed or otherwise, for the property’s sale.

“We’re looking at taking bids in the next month for our first round of bids,” he said over the phone, “and depending on how those bids look, we’ll go from there.”

There is no listed price for the 290,000 square foot site online or in the CBRE brochure, however Keith MacLean-Talbot with BC Assessment says the value of the land and structure is worth hundreds of millions of dollars.

The brochure suggested the project is “likely to feature an integrated and sustainable retail village” to serve the southern section of the downtown core, as well as residents of the West End.

Quattrin told CTV News the intention is that all of the proceeds of the sale will go towards the new hospital, which has a planned opening date of 2026.

The province announced in February that a business plan for a new hospital, previously on hold for 12 years, would be moving forward.

The new site of St. Paul’s Hospital is planned for False Creek Flats, an 18.2 square kilometre area in the Strathcona neighbourhood of East Vancouver.

The government says St. Paul’s will remain a teaching hospital, and train hundreds of University of British Columbia medical students and other health-sector professionals.