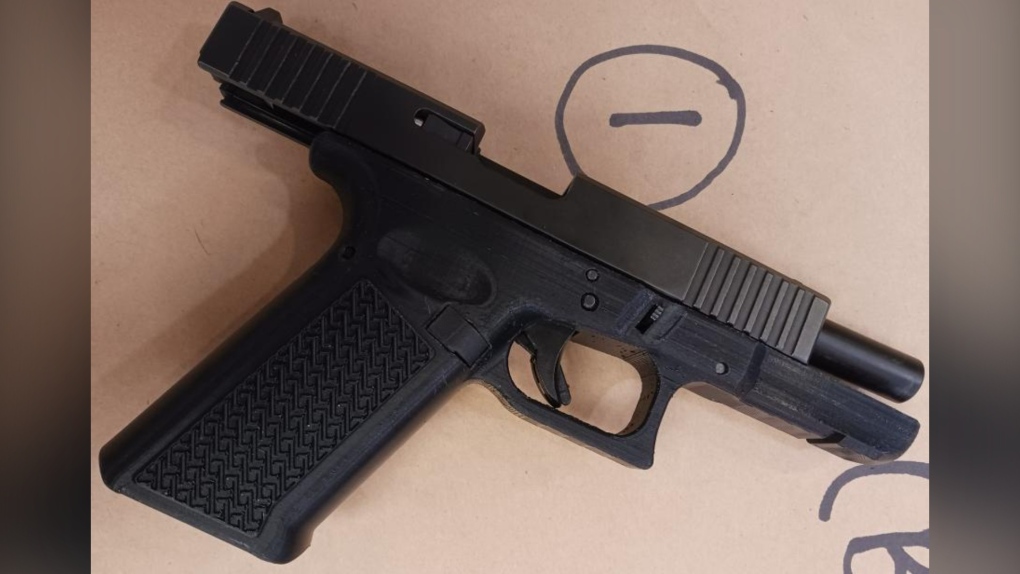 A man who police believe is connected to the Lower Mainland gang conflict has been charged with nine offences after officers in Delta say they found two loaded guns in his vehicle.

In a media release Wednesday, authorities say the weapons were discovered on Nov. 24 after an officer with the Delta Police Department pulled over a truck that was driving without any lights on around 4:20 a.m.

One of the officers, according to police, saw a gun "in plain view," which prompted the driver's arrest and a search of the vehicle that turned up a second weapon. Both guns were allegedly loaded.

"Of concern to the police is that one gun is a 'ghost gun.' A ghost gun is a firearm that is produced or partially produced through the manufacturing of some parts using machining and/or 3D printing, making the gun untraceable," the statement from police says.

The suspect, 39-year-old Baljit Singh Nijjar, remains in custody and is next due in court on Friday.

"Nijjar is known to the police and he is believed to be connected to the current B.C. gang conflict," the statement concludes.

An Alberta First Nation is to sign an agreement today with Ottawa giving it the autonomy to administer its child welfare.

Tom Brady retires, insisting this time it's for good

Tom Brady, who won a record seven Super Bowls for New England and Tampa, has announced his retirement.

'We're all Tyre': Family prepares to lay Nichols to rest

The family of Tyre Nichols plans to lay him to rest on Wednesday, three weeks after he died following a brutal beating by Memphis police after a traffic stop.

A new report from the Heart and Stroke Foundation of Canada is highlighting 'significant inequities' in women's health care that is disproportionately affecting racialized and Indigenous women, members of the LGBTQ2S+ community and those living with low socioeconomic status.

Las Vegas police on Tuesday arrested and raided the home of a former 'Dances With Wolves' actor turned alleged cult leader accused of sexually assaulting young Indigenous girls during a period spanning two decades, according to police records obtained by The Associated Press.