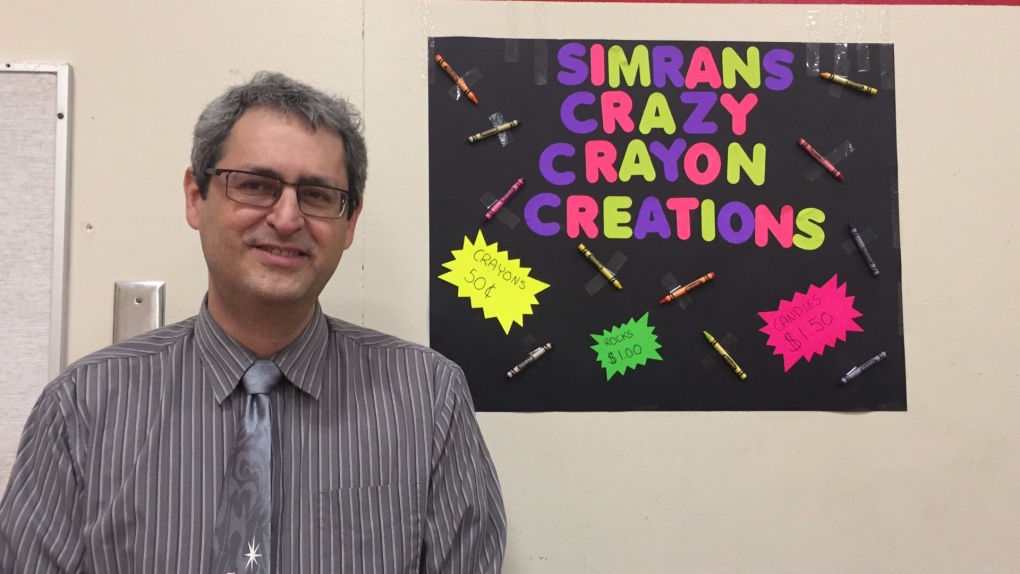 Delta teacher Elazar Reshef, who taught at Gray Elementary School, is seen in this social media image from December 2017. (Twitter/GrayLearners)

A former elementary school teacher from Surrey, B.C., who was convicted of possessing child pornography has been banned from teaching for life.

Elazar Reshef has signed an agreement with the B.C. Commissioner for Teacher Regulation ensuring he'll never work as a public or private school teacher in the province again.

The former Grade 5 teacher has already been off the job for more than two years, ever since his former employer, the Delta School District, learned about the allegations against him in 2019.

Reshef was convicted in 2020 and handed an 18-month conditional sentence in February 2021. His teaching certificate lapsed months later due to non-payment of fees.

In a summary of Reshef's consent agreement that was posted online this week, the B.C. Commissioner for Teacher Regulation said he's barred from ever applying for another certificate, and the province's director of certification is barred from issuing one to him.

In deciding on a lifetime teaching ban, the commissioner noted that Reshef's misconduct was "at the serious end of the spectrum."

Surrey RCMP announced its Internet Child Exploitation team was investigating Reshef in March 2019. At the time, Cpl. Joanie Sidhu told CTV News that "no Lower Mainland children have been identified as potential victims."

Police in Texas waited 48 minutes in school before pursuing shooter