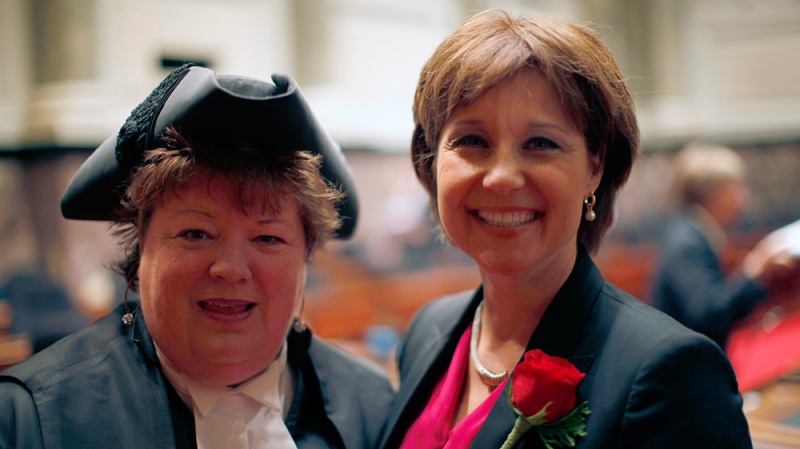 Former Speaker of the House Linda Reid, left, poses with former B.C. Premier Christy Clark in her office following the first session of the 40th Parliament of British Columbia and throne speech in the Legislative Assembly on June 26, 2013 in Victoria. (THE CANADIAN PRESS/Chad Hipolito)

British Columbia's legislature is expected to hear a motion Tuesday seeking the replacement of the province's longest-serving MLA from her role as Assistant Deputy Speaker.

While the report does not accuse Reid of any wrongdoing, she did serve as Speaker at a time when some of the alleged misconduct would have occurred.