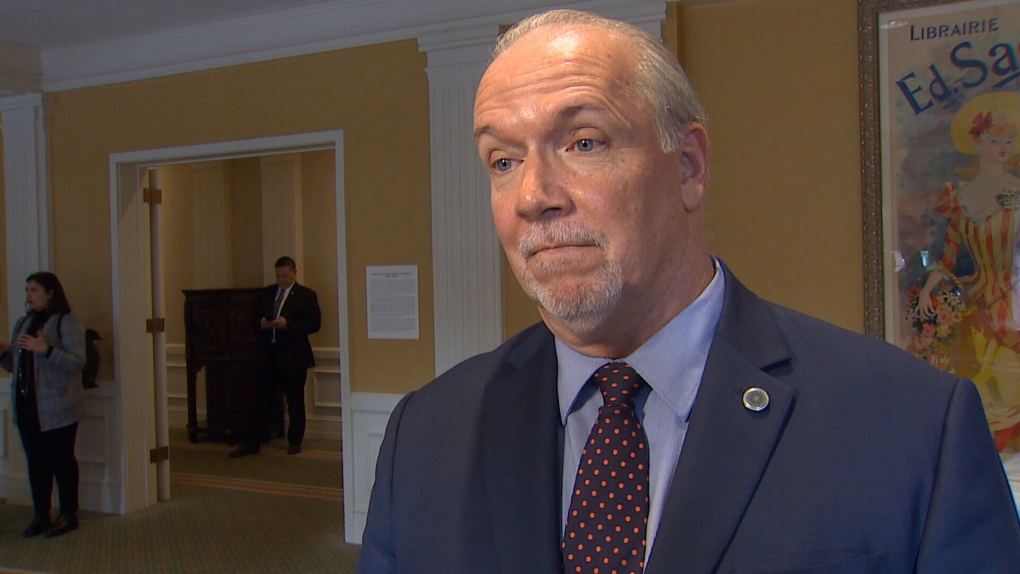 B.C.'s political leaders are responding to more revelations about the spending scandal enveloping the legislature.

In a bombshell interview with CTV News, Speaker Darryl Plecas and special adviser Alan Mullen said elected officials broke the law and knew what was happening.

Speaking from an event in Washington state, Premier John Horgan said any concerns about laws being broken should be taken to police.

"We do make laws, and we're not supposed to break laws, but I've not seen any evidence that's the case," said Horgan. "If Mr. Plecas has that evidence, he should lay it before law enforcement."

He says he's unaware of any NDP MLAs facing investigation, and emphasized working with Plecas.

"Much of the spending scandal that’s been exposed by Speaker Plecas is a result of activities that happened in the recent past. He's taken steps and we want to work with him in the legislature to clean up the system," said Horgan.

Liberal Leader Andrew Wilkinson declined to comment until he had heard the full interview.