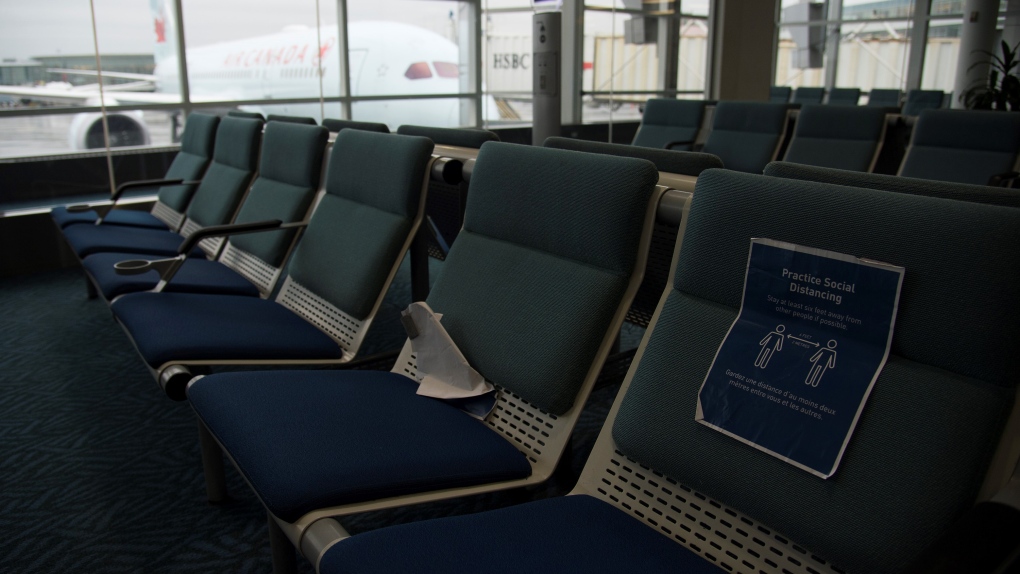 A plane is seen through the window on the tarmac of Vancouver International Airport as the waiting room is empty Tuesday, June 9, 2020. (Jonathan Hayward / THE CANADIAN PRESS)

VANCOUVER -- Two more cases of the COVID-19 strain first identified in South Africa have been diagnosed in British Columbia, bringing the total to three.

The latest situation report posted Friday by the B.C. Centre for Disease Control also shows six cases of the strain first found in the United Kingdom.

Both variants are thought to spread faster than earlier strains.

Provincial health officer Dr. Bonnie Henry has said the first person diagnosed with the South African strain in B.C. had neither travelled nor had contact with anyone who did, which is concerning.

The situation report, which contains the latest available data as of Jan. 16, says the other two cases reported no travel outside Canada or unknown travel status.

Each case of the U.K. variant has so far been linked to travel.