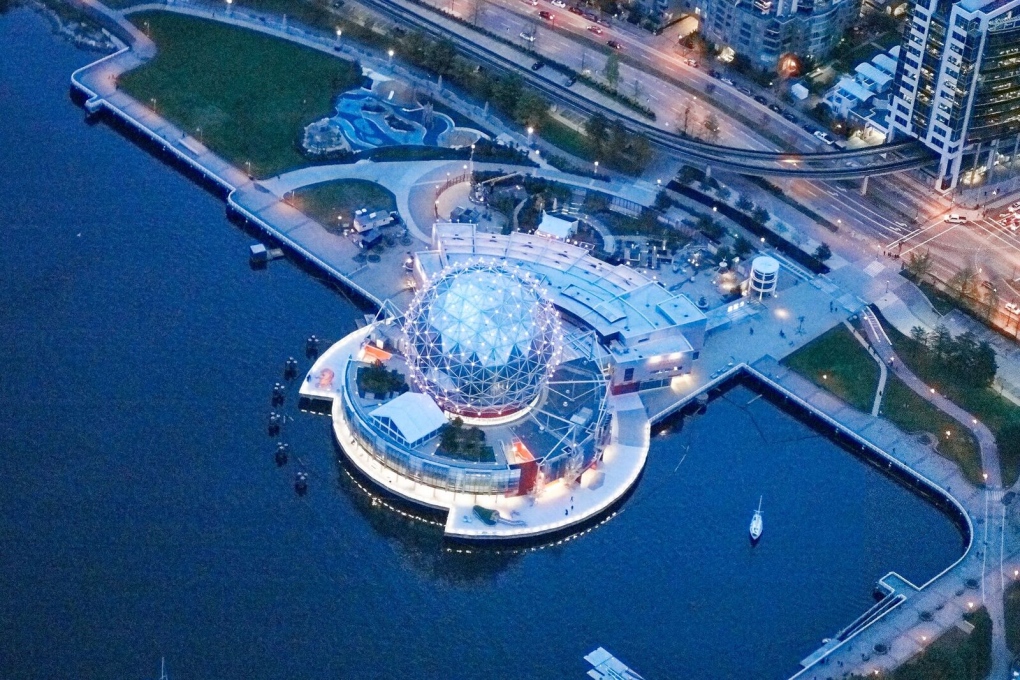 Science World, as seen from above by CTV's Chopper 9 in Oct. 2017. (Pete Cline/File Photo)

VICTORIA -- The B.C. government is throwing a lifeline to several major and marquee tourist attractions in the form of a non-repayable grant, yet some of the companies say the money isn’t enough.

The move comes amid travel restrictions related to the COVID-19 pandemic which have halted international visits and even dissuaded B.C. residents from travelling within their own province.

Science World CEO Tracy Redies says that due to the ongoing Covid-19 pandemic many visits to Science World have been put on hold.

"Eighty-five per cent of our revenues came from gate attendance, and we've seen about an 80 per cent drop (in attendance)," she said.

The province is providing a combined total of $50 million in aid for anchor attractions and tour bus operators. Larger facilities could get up to $1 million each. Applications are due in weeks and the government said the non-repayable grant money could be handed out by July.

The board chair of Vancouver’s H.R. MacMillan Space Centre, Jonathan Burke, attended the virtual news conference and thanked the province saying that today was “a wonderful day."

Larger operators welcome the funding, but some, like the PNE fair say it doesn't go far enough.

"Our cost structure is very high so we're continuing to go into debt," said president and CEO Shelley Frost.

Frost estimates the PNE is already $8.5 million in debt and could tack on another $8 million this year. She is calling on the province to provide more one-time funding for large organizations like hers.

"Most organizations have been able to access a number of programs both federally and provincially that the PNE has not," Frost added

The financial trouble is making it difficult for destination companies and organizations to plan for the future.

For Science World, a non-profit, the financial boost is not enough, Redies said that Science World’s iconic dome is in need of repairs, and the project could cost upwards of $12 million.

"Anchor attractions like ourselves need to invest in what I like to call tourism infrastructure - our building, technology - things we need to do to remain relevant," Redies said.

Asked about the possibility of more funding, Premier John Horgan hinted that he is open to the idea

"We're going to continue to work with both the City (of Vancouver) and the PNE and of course other attractions across the province," he said.

Both the PNE and Science World -- which for decades have been touchstones in the lives of British Columbians -- expect to make it through the worst of the pandemic shortfalls.

"It's much more than a tourist attraction it's embedded in the educational fabric of this province," Redies said.

Once vaccine-hesitant widow urges everyone to get the shot

Why no workplace closures during B.C.'s 4th wave? Ministry says they haven't been necessary