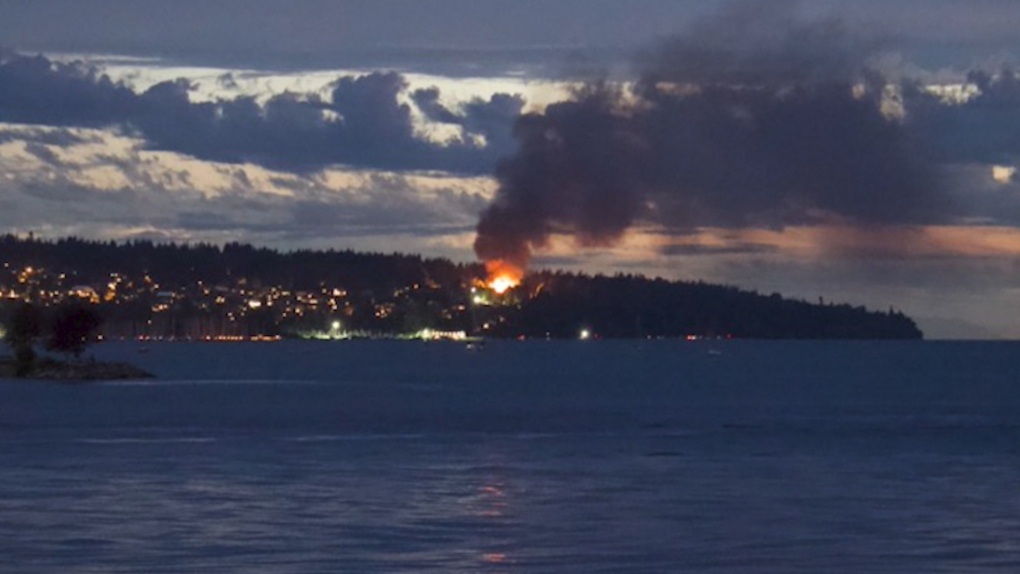 Images of the fire taken from as far away as English Bay and West Vancouver showed a bright orange glow and heavy smoke coming from the area near Spanish Banks Beach, one of Vancouver's wealthiest neighbourhoods.

Vancouver fire crews were still dealing with hotspots Saturday morning from a large fire at a home in the city's West Point Grey neighbourhood that was visible from the West End and the North Shore Friday night.

The blaze broke out around 10 p.m. in a large home on Drummond Drive near Fannin Avenue.

"The crews had a tough time gaining access, so we upgraded this to a third alarm," Morishita said.

Images of the fire taken from as far away as English Bay and West Vancouver showed a bright orange glow and heavy smoke coming from the area near Spanish Banks Beach, one of Vancouver's wealthiest neighbourhoods.

Morishita said the cause of the fire was unknown as of Friday night, adding that a fire investigator was on scene.

The road was closed to traffic for several hours as at least eight fire trucks responded to the blaze.

Saturday morning, nearly 12 hours after the fire broke out, crews were still at the scene dealing with hotspots caused by the building collapsing in on itself. The cause of the blaze had yet to be determined, firefighters said.