Large fire in Port Moody knocks out power for 1,800 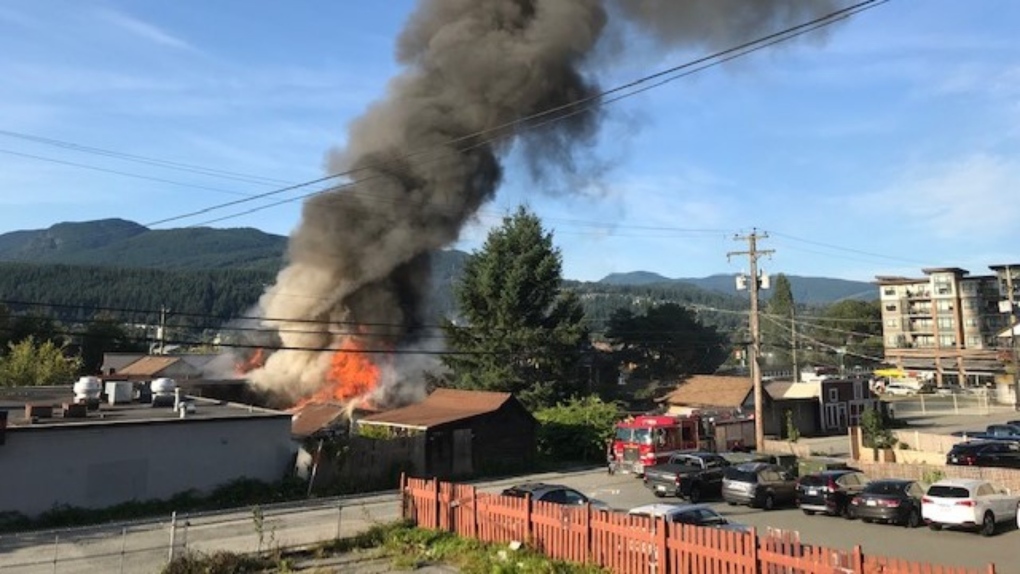 The blaze broke out around 6 p.m. in the block between Queens and Kyle streets. Flames could be seen coming from the roofs of multiple buildings, and thick smoke was billowing from the structures.

Crews from both Port Moody and Port Coquitlam fire departments responded to the scene. BC Emergency Health Services confirmed that no one was injured in the blaze.

A large swath of the city was without power as a result of the blaze, which could be seen from as far away as CTV News Vancouver's camera atop the Shangri-La tower in downtown Vancouver.

According to BC Hydro's online outage list, 1,825 customers in the area are affected.