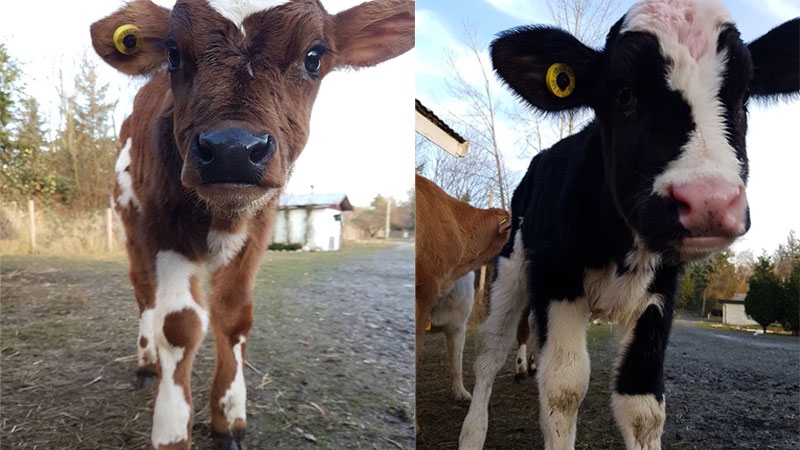 An animal rights activist is finding a new home for two calves that lived on the farm.

A Langley hobby farm investigated after claims of animal neglect will not be facing charges because it complied with all orders made by the BC SPCA.

An animal cruelty investigation officer visited Farm of Stories on Dec. 28 after a tenant on the farm filmed videos showing a calf and a sheep apparently in distress.

Lorie Chortyk, the BC SPCA's manager of community relations, told CTV News on Friday that charges will not be laid because the farm's owner and the animal caregivers have complied with all orders regarding feeding and vet care.

She added that the BC SPCA will continue to monitor the situation and hold future inspections.

The tenant who filmed the video, Cadence Warner, said she was "deeply concerned" for a sheep's welfare after she lifted up its head to find its right eye swollen shut. The sheep was later euthanized.

Warner also filmed three calves lying in a barn. One of them appeared to have labored breathing, and it later died. She said two of the calves had recovered from pneumonia, and the third became sick later.

She alleged the farm's owner declined to call a vet when the first two were sick, and said she called one herself and paid for it out of pocket. She also alleged the owner did not purchase more antibiotics when the third calf became ill.

In the days after the BC SPCA's visit, however, Warner said she noticed improvements including a heat lamp being installed in the barn and fresh bedding for the animals.

Animal rights activist Geoff Regier told CTV that the farm's owner has agreed to surrender the two remaining calves so they can find a new home.